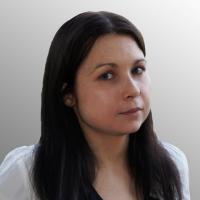 maria.issaeva@threefold.ru
http://www.threefold.ru
Threefold Legal Advisors LLC
Interest Group Membership:
International Business and Human Rights
International HR Law
International Legal Theory
Current Research:
Maria has published and spoken extensively on various topics of interplay between the European Court of Human Rights and Russia. Her special areas of interest are the effects of the totalitarian Soviet legacy on the current Russian international law approaches and teaching methods, and issues of human rights socialization in the post-Soviet space.
Key Publications:
Quarter of a Century on from the Soviet Era: Reflections on Russian Doctrinal Responses to the Annexation of Crimea (Brill-Nijhoff 2017, forthcoming)
The Schrödinger’s Cat of ‘Russian International Law’: A review of Lauri Mälksoo’s Russian Approaches to International Law, Polish Yearbook of International Law (2015)
Regulation of the Freedom of Assembly in Russia: a ‘systemic problem’ and new violations? Analysis from the standpoint of the ECtHR case-law, International Justice / Mezhdunarodnoye Pravosudiye No. 3(7) 2014 (in Russian), M.Issaeva, I.Sergeeva, M.Suchkova
Immoral Truth vs. Untruthful Morals? Attempts to Render Rights and Freedoms Conditional upon Sexual Orientation in Light of Russia’s International Obligations, Russian Law Journal (Vol. 2, No. 1 2014), by M.Issaeva and M.Kiskachi
Twelfth Anniversary of Russia’s Participation in the Jessup Competition: A View from Behind the Curtain, International Justice / Mezhdunarodnoye Pravosudiye No. 3 (7), 2013 (in Russian)
Pro Bono in Legal Education in Russia, Zakon (2012) (in Russian), by M.Issaeva and I.Sergeeva
Enforcement of the Judgments of the European Court of Human Rights in Russia: Recent Developments and Current Challenges, 15 Sur – International Journal on Human Rights (2012), by M.Issaeva, I.Sergeeva, and M.Suchkova
Biography:

Maria Issaeva is a practicing lawyer from Moscow, Russia. She is managing partner of Threefold Legal Advisors LLC, a company she co-founded in 2011, and in this capacity she has represented clients at the European Court on Human Rights and domestic courts. Her prior professional experience includes a position of an A-grade lawyer at the European Court of Human Rights and an associate position at White & Case LLC (Moscow).

Maria also served as national administrator of the Jessup Competition in Russia from 2008 to 2016, and in this capacity has established cooperation between ESIL and Jessup Russia since 2014. She is recipient of two Steven Schneebaum Oustanding National Administrator Awards (2009 and 2016) and
Pamela Young Outstanding Volunteer Service Award (2013). In 2016, Maria has joined the administration team at the International Rounds of the Jessup Competition in the capacity of a judge coordinator.