ESIL Reflection The Codification of the International Law Applicable to Cyber Operations A Matter for the ILC? 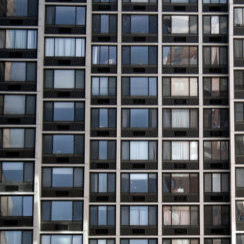 The failure to reach a consensus on a final report of the United Nations Group of Governmental Experts on Developments in the Field of Information and Telecommunications in the Context of International Security (UNGGE) in June 2017 questions the future of the multilateral discussions on cybersecurity and cyberdefense, and more specifically the application of norms of international law to cyber phenomena.
In this context, this Reflection advocates that States should consider to dissociate the discussions regarding the applicability and application of norms of international law from the political and strategic discussions, including those on norms of behaviour and confidence-building measures. Such political and strategic discussions, it is argued, should remain an interstate diplomacy exercise, while discussions on the legal framework should be referred to an international body comprised of legal experts rather than diplomats and State representatives, namely the International Law Commission (ILC) of the United Nations.
It is worth noting that the applicability of international law, and the UN Charter, had been recognized in the consensual reports of the two previous UNGGE in 2013 (UN Doc A/68/98, para 19) and 2015 (UN Doc A/70/174, para 24). Several States confirmed this position in their comments on these reports[1] and in their national cyberdefense and cybersecurity strategies.[2] Similarly, the general applicability of international law to cyber operations is generally not contested in the literature. Thus, the question is not whether international law is applicable to cyber operations but to determine how norms of international law apply to cyber operations.
It is worth pointing out that referring the codification of cyber international law to the ILC would neither constitute a panacea nor end hostile cyber activities by States and their proxies. We should not be naive on that point. Nevertheless, referring the matter to the ILC would have some advantages over existing fora or previous endeavours. From this perspective, this Reflection compares the potential of referring to the ILC with the UNGGE and the Tallinn Manual Process, which led to the adoption of the two editions of the Tallinn Manual on the International Law Applicable to Cyber Operations published in 2013 and 2017.[3] The two editions of the Tallinn Manual were drafted by a group of experts, headed by Professor Michael N. Schmitt and given material support of the NATO Cooperative Cyber Defence Centre of Excellence (CCDCoE) but do not represent the view of the NATO CCDCoE, NATO or its Member States. They constitute to date the most comprehensive academic publication on the subject. The objective of this Reflection is not to criticize the UNGGE or the Tallinn Manual, or any similar initiative, but to use them as a basis for the discussion on the ILC, mainly because they constitute the two most advanced processes on the interpretation of cyber international law. Both the Tallinn Manual process and, to a certain extent, the UNGGE aimed at answering the question on how norms of international law apply to cyber operations and to codify them. For these reasons, I believe they offer appropriate examples that can be compared to the proposal to refer the matter to the ILC.
A short preliminary remark is necessary. The following argument may be construed as a manifestation of the so-called the ‘interventionist and managerial project’ informing the international legal scholarship that is currently grappling with cyber operations.[4] In this respect, it worth emphasizing that the objective of this Reflection is not to determine or decide whether norms of international law apply and how they should be interpreted, but rather to discuss a possible forum to restart and continue discussions that have failed so far. This Reflection focuses on the format, and not the content, of these discussions. Yet, this Reflection is premised on the assumption that international law regulates state-sponsored cyber operations and offers, to some extent, an effective framework to govern State cyber activities.

The developments in the field of information and telecommunications in the context of international security have been discussed by the UN General Assembly since 1998 and resulted in the adoption of the Resolution 53/70 on 4 January 1999. Since then, the UN General Assembly has adopted several resolutions on the matter.
One of the main achievements of these resolutions is the establishment of five successive UNGGEs on the Developments in the Field of Information and Telecommunications in the Context of International Security in 2004, 2009, 2012, 2014 and 2016. The governmental experts who took part in the first UNGGE in 2004 were unable to reach a consensus and no report was adopted. The three subsequent UNGGEs were conclusive and adopted consensus reports in 2010 (UN Doc. A/65/201), 2013 (UN Doc. A/68/98), and 2015 (UN Doc. A/70/174), which have been accepted by the UNGA. The 2013 report of the third UNGGE marked a milestone because it affirmed the applicability of international law, especially the UN Charter, to cyberspace, which was subsequently reaffirmed in the 2015 report.
The participating experts in the 2016-2017 UNGGE failed to reach a consensus in June 2017, and thus they did not adopt a consensual report.[5] The negotiations failed due to paragraph 34 of the draft final report, which dealt with questions related to international law, namely countermeasures, self-defense and international humanitarian law (IHL).
The 2016-2017 UNGGE was chaired by Karsten Geier, who was the Head of the International Cyber Policy Coordination Staff at the German Federal Foreign Office.[6]Despite some reported oral comments, notably during the Cyber Week Conference in Tel Aviv at the end of June 2017,[7] neither Karsten Geier nor the German government have yet published any official statement that gives their position and the reasons for the failure of the last UNGGE. Conversely, the Cuban, Russian and US ministries of foreign affairs published statements from their respective governmental experts taking part in the UNGGE and explained their positions.[8] China also reportedly rejected paragraph 34 of the draft final report, and questioned the applicability of self-defense, countermeasures and the law of armed conflicts.[9] However, China has not yet published any official statement on its position.
It must be highlighted that although the statements published by the Cuban and Russian MFAs rejected the application of self-defense, countermeasures and IHL to cyberspace, they reaffirmed their attachment to the applicability of international law to cyberspace.
The composition and the work of the ILC offers an opportunity to continue the discussion on cyber international law, as demonstrated in this Reflection. Before turning to the advantages of referring the matter to the ILC, it is worth noting that the inability of the last UNGGE to reach a consensus should not be seen as a complete failure. On the contrary, it is a clear demonstration of the vivacity of international discussions on these questions. Following on from this, the ICJ held a similar view in the Nicaraguacase regarding the question of the consequence of violations of norms of international law on their existence:
If a State acts in a way prima facie incompatible with a recognized rule, but defends its conduct by appealing to exceptions or justifications contained within the rule itself, then whether or not the State’s conduct is in fact justifiable on that basis, the significance of that attitude is to confirm rather than to weaken the rule.[10]
Temporary obstacles and failures are part of the normal negotiating process for norm-building. It also clearly shows that States recognize that international law applies to cyber activities, by framing their discussions and negotiations within this framework.

This Reflection has invited the reader to consider a new possible forum to continue the international discussions and negotiations on cyber international law, namely referring the question of the interpretation of the international law applicable to cyber operations to the ILC. It has highlighted that the ILC would offer an appropriate platform to involve both States and non-state actors, and to take into account the diversity of approaches to the issue. That being said, we should not be naïve: the ILC does not constitute a panacea to the increasing threats to the international peace and stability of cyberspace. Indeed, norms of international law, and consequently the work of the ILC, are not able to solve all the issues related to state-sponsored cyber operations. Moreover, despite offering some interesting features, especially if compared to other existing solutions, referring the matter to the ILC is not exempt from downsides and is open to the general criticisms of the ILC.[14] In this sense and when compared to the UNGGE or the Tallinn Manual Process, the ILC may constitute a solution although an imperfect one.

Cite as: François Delerue, ‘The Codification of the International Law Applicable to Cyber Operations: A Matter for the ILC?’, ESIL Reflections 7:4 (2018).

[9]  Elaine Korzak, ‘UN GGE on Cybersecurity: The End of an Era?’ (The Diplomat, 31 July 2017) <https://thediplomat.com/2017/07/un-gge-on-cybersecurity-have-china-and-russia-just-made-cyberspace-less-safe/>; Michael N Schmitt and Liis Vihul, ‘International Cyber Law Politicized: The UN GGE’s Failure to Advance Cyber Norms’ (Just Security, 30 June 2017) https://www.justsecurity.org/42768/international-cyber-law-politicized-gges-failure-advance-cyber-norms/.
[10] Military and Paramilitary Activities in and against Nicaragua (Nicaragua v United States of America) (Merits) [1986] ICJ Reports 14, 98, para 186.
[11] Statute of the International Law Commission, annexed to the UNGA Resolution 174(II) on the Establishment of an International Law Commission, UNGA Resolution 174(II) (21 November 1947). Article 1 of the ILC Statute mirrors Article 13(1)(a) of the UN Charter, according to which the General Assembly shall initiate studies and make recommendations for the purpose of encouraging the progressive development of international law and its codification.
[12] See notably: Scott Charney and others, ‘From Articulation to Implementation: Enabling Progress on Cybersecurity Norms’ (Microsoft 2016) 11–12 <https://www.microsoft.com/en-us/cybersecurity/content-hub/enabling-progress-on-cybersecurity-norms>; Brad Smith, ‘The Need for a Digital Geneva Convention’ (Microsoft, 14 February 2017) https://blogs.microsoft.com/on-the-issues/2017/02/14/need-digital-geneva-convention/.  Microsoft commissioned a report from the RAND on its proposal for an international mechanism for attribution,  John S Davis and others, ‘Stateless Attribution: Toward International Accountability in Cyberspace’ (RAND 2017) https://www.rand.org/pubs/research_reports/RR2081.html.
[13] Articles on Responsibility of States for Internationally Wrongful Acts (adopted by the International Law Commission at its fifty-third session in 2001, annexed to General Assembly resolution 56/83 of 12 December 2001, and corrected by document A/56/49(Vol I)/Corr4).
[14] See generally: Georg Nolte (ed), Peace through International Law: The Role of the International Law Commission. A Colloquium at the Occasion of Its Sixtieth Anniversary (Springer 2009); Pemmaraju Sreenivasa Rao, ‘International Law Commission’, MPEPIL (2017).