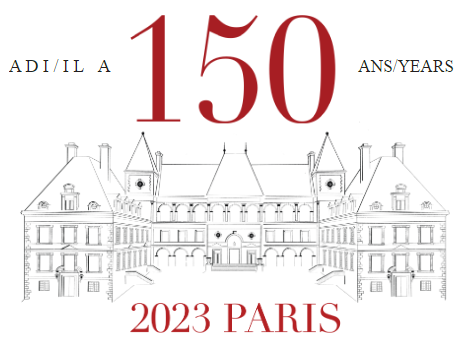 The  French Branch and all ILA partner branches, throughout the year 2023, invite you to celebrate the 150th anniversary of the organization, guided by the idea of “Building Tomorrow” (the motto associated with the anniversary).

Registration for all these online events is now open at this site.

For further information, read the editorial by Prof. Catherine Kessedjian, chair of the ADI/ILA 2023 Organising Committee.