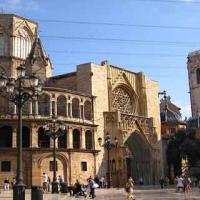 From 13 to 15 September 2012, the University of Valencia hosted the 5th ESIL Biennial Conference, in collaboration with the Centro de Estudios de Derecho y Relaciones Internacionales (CEDRI). Almost 280 people from around the world were welcomed to the old building of the university to discuss the theme of “Regionalism and International Law”. The full Conference programme is available here.

The Swiss Confederation, the Spanish Government, the Regional Government of Valencia, the Museum of Fine Arts of Valencia, Broseta Law Firm and Bruylant Editeurs all kindly supported the conference. Oxford University Press generously sponsored part of the welcome cocktail, which was hosted at the Botanic Gardens of the University of Valencia.

Prior to the main conference, the eight ESIL Interest Groups held their meetings and workshops. The conference then opened with a welcome address delivered by four distinguished speakers: Esteban Morcillo, the Chancellor of the University of Valencia, Dr. Urs Ziswiler, Ambassador of the Swiss Confederation in Spain, ESIL President Anne Peters, and Jorge Cardona, one of the conference organizers.

In the various fora and agorae, each with their unique approach, every aspect of regionalism in current international law was analysed, giving an opportunity for deep, interesting scientific discussions among all the participants and the members of the panels.

All ESIL institutional members, together with six other publishers and editors, were present in Valencia and their stands were continuously visited during the breaks.

We should like to announce that all the Forum contributions and some of the Agora and Interest Group sessions will be published in the Select Proceedings of the European Society of International Law (Vol. 4, Hart Publishing, 2013) and in the ESIL SSRN Conference Paper Series (https://www.esil-sedi.eu/node/82)

The ESIL General Assembly was held on Sat 15 Sept and, among other decisions, new Board members were elected.  At the ESIL Board meeting the following day, Laurence Boisson de Chazournes was elected as the new President of the society, taking over from Anne Peters.

The conference ended with a gala dinner at the Museum of Fine Arts of Valencia. After a private visit offered by the Museum, a cocktail and dinner was offered in the cloisters and the Ambassador Vich patio. During dinner, the ESIL Prize was awarded to our colleague Michael Waibel.

Video recordings of the event can be found on the University of Valencia website.

REPORT.pdf (a full report of the event, with photographs).