Conference – “When blockchain meets arbitration. The birth of decentralized justice” 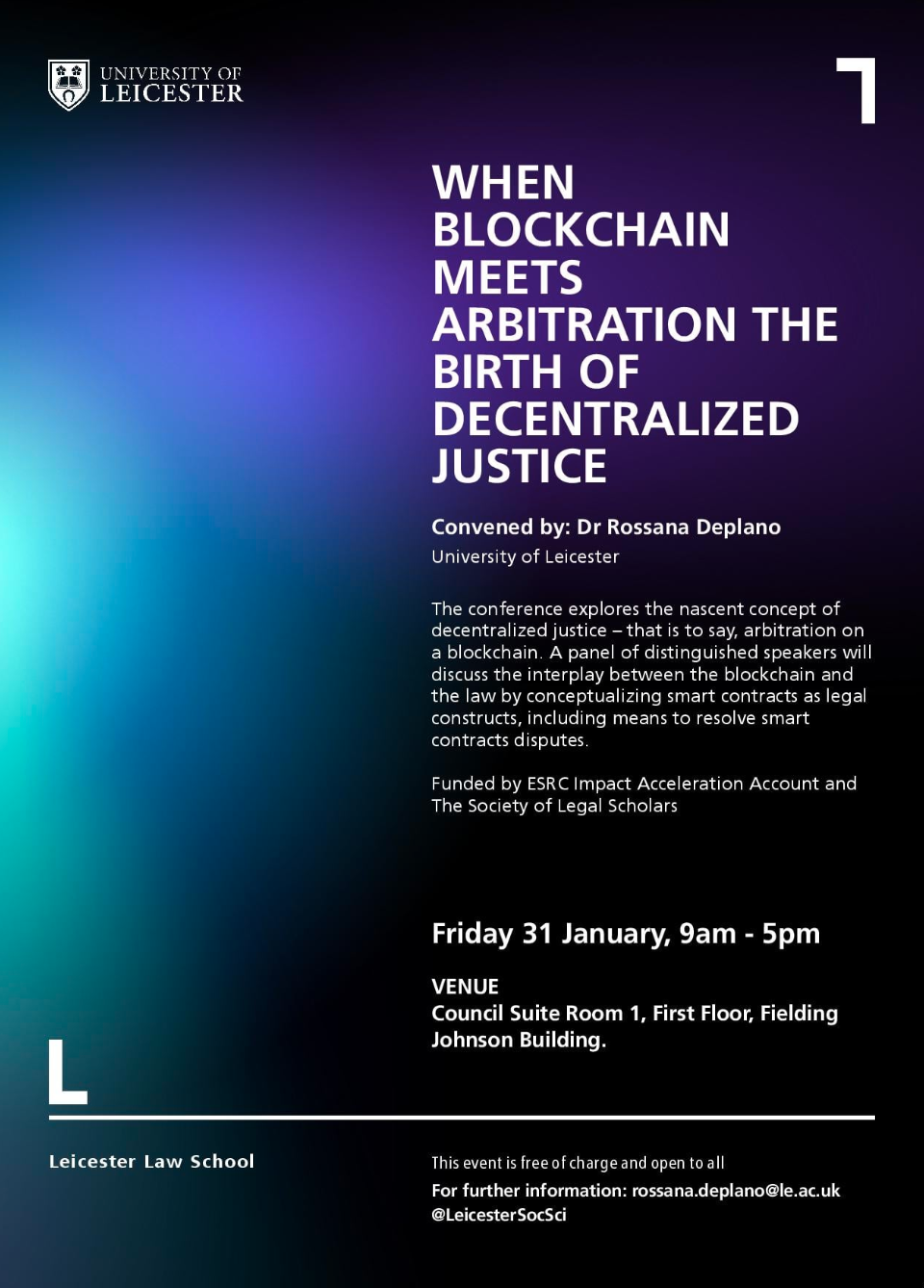 The advent of the internet has reshaped the concept of alternative dispute resolution. It is now expected that the blockchain will progressively establish itself as a new justice provider. The conference on “When blockchain meets arbitration: the birth of decentralized justice”, which will be held on 31 January 2020 at University of Leicester, explores the nascent concept of decentralized justice – that is to say, arbitration on a blockchain.

A panel of distinguished speakers will discuss the interplay between the blockchain and the law by conceptualizing smart contracts as legal constructs, including means to resolve smart contracts disputes. Taking Kleros as a case study, the discussion will then focus on the latest developments in both the theory and the practice of blockchain arbitration as well as its relationship with online arbitration.