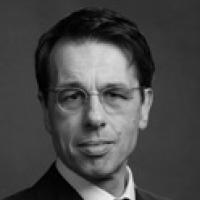 Sovereign Debt Restructurings as Exercises of Public Authority: Towards a Decentralized Sovereign Insolvency Law
Universidad Autonoma de Madrid, 2 March 2012
Armin Von Bogdandy
Director at the Max Planck Institute for Comparative Public Law and International Law in Heidelberg
Abstract
This paper argues that sovereign debt restructurings as agreed between deafulting states and their multilateral, bilateral, or private creditors constitute exercises of international public authority. Their authoritative character results from their effects on the citizens of the defaulting state, especially through adjustment programs. They also affect taxpayers in lending states as well as shareholders of commercial creditors. Their public and international character derives from their legal basis in hard or soft public international law.
As a consequence of their qualification as exercises of international public authority, sovereign debt restructurings need to be framed by public law in order to ensure their legitimacy. This paper is based on a discursive approach to legitimacy and shows how legal scholarship might promote the development of such a public law framework.
The paper then proposes a set of legal principles for sovereign debt restructurings. Some of them might already exist de lege lata, while others should be understood as proposals de lege ferenda. Legal scholarship is especially useful for developing procedural requirements, while substantive issues require a political decision, with the exception of the need to respect fundamental human rights.
Most importantly, however, the qualification of sovereign debt restructurings as exercises of public authority requires domestic and international courts and tribunals to defer to them and to stay proceedings as long as such restructurings are being negotiated or implemented. Domestic and international courts and tribunals might thereby control the legitimacy of these exercises of public authority
Download paper