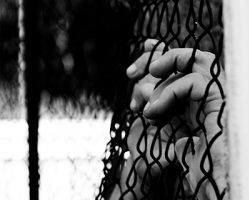 2. Control and the Scope of Due Diligence in International Law
From early pronouncements in late 19th century arbitral awards to the International Court of Justice (ICJ)’s most recent case-law, due diligence has gone from a standard qualifying interstate obligations of good neighbourliness to also qualifying State obligations owed to individuals within its territory. Key to this development has been the rise of obligations of due diligence under international human rights law. Nowadays, due diligence continues to play an important role in the human rights regime, especially in the qualification of positive duties of conduct such as human rights duties to prevent, protect or remedy.[11]
In short, due diligence may be defined as a standard of conduct of States (primarily).[12] It is mostly attached to an obligation of conduct, which is usually, but not only, a positive obligation to prevent, protect or remedy (often called, for convenience reasons, “obligation of due diligence” or “due diligence obligation”). Due diligence requires the State that bears that obligation to exercise care (duty of care), and thus also, conversely, to do no harm carelessly (duty not to harm). This implies adopting reasonable measures in order to protect the interests or rights of other subjects against (risks of) (usually significant) harm caused by third parties or other causes situated on the territory or, at least, under the jurisdiction stricto sensu or under the control of the duty-bearing State. The two conditions for due diligence to apply are that the duty-bearing State had foreseen or ought to have (reasonably) foreseen the (risk of) harm and had the (reasonable) capacity to intervene.
A few elements with respect to the scope of due diligence under international law need to be developed further.
As to their personal scope, first of all, due diligence obligations usually arise within a personal triangle constituted of the duty-bearer, the beneficiary and a third party that is the source of harm. Importantly, the beneficiary of an obligation of due diligence is not necessarily a right-holder. This will depend on the nature of the international law obligations to which the standard of due diligence is attached and especially on whether they are “directed” obligations, i.e. owed to a person or not.
As I explained previously, “control” is a dimension of the reasonable capacity of the duty-bearing State to intervene and hence one of the conditions of due diligence (ought implies can). What matters for due diligence to arise, however, is control over the third party, i.e. the source of the harm, and not over the beneficiary of due diligence, i.e. the human right-holder. This is what distinguishes it from the kind of control needed to establish jurisdiction under international human rights law. Moreover, control in the context of due diligence refers to any personal “link” to that third party which gives the duty-bearer some control over the source of harm.[13] It does not need to be “effective” control. This is what distinguishes it from the effective control required, under international responsibility law, for the purpose of attribution of the conduct of the private actor to the duty-bearing State. Finally, the control required for due diligence purposes may match a State’s “jurisdiction” stricto sensu under general international law, and especially its territorial jurisdiction, but it does not need to.
The geographic scope of due diligence, secondly, may be territorial or extraterritorial depending on whether the harm is transboundary or not. As a matter of fact, due diligence also applies to circumstances where the harm does not originate from within any territory at all (e.g. under the international law of the sea).[14] This in turn explains why the control that ought to be exercised over the source of harm for due diligence to arise may be territorial in kind, but not necessarily so.

3. Extraterritorial Human Rights Obligations in the Recent Practice of International Human Rights Law
Since 2017, various international human rights bodies, mostly of a non-judicial character, have proposed expansive interpretations of extraterritorial human rights “jurisdiction”.[15]
It has been the case of both universal and regional international human rights bodies, and in particular the UN Committee on Economic, Social and Cultural Rights (CESCR), the UN Human Rights Committee (HRC) and the Inter-American Court of Human Rights (IACtHR). The ECtHR has not yet followed this trend, however. Nor have domestic courts active within the ECHR system.[16]
In short, and although the formulations still vary from one interpretation to the other, the gist of those new readings of human rights jurisdiction is the following. A human rights duty-bearing State is considered to have extraterritorial jurisdiction over a potential right-holder outside of the two common types of effective control, i.e. personal or spatial control, provided it exercises some form of control over a potential source of harm to that right-holder. The key seems to lie in the duty-bearing State’s “control” over the source of harm, and in it being “causally” related to that harm or “connected” somehow to its “impact” on the right-holder.
Those new interpretations of human rights jurisdiction pertain mostly to the extraterritoriality of human rights in the context of transnational business operations. Addressing the question of the scope of either States’ or transnational corporations’ (TNCs) human rights duties under international law, including their respective due diligence duties, is beyond the scope of this Reflection. I will restrict myself to assessing the way in which the conditions for the extraterritorial application of States’ human rights duties, and especially the notion of human rights jurisdiction, have been re-interpreted in the light of the standard of due diligence in this new line of practice. There are at least three difficulties with it.
The first, and most important, objection pertains to their normative confusion. They conflate the conditions for the standard of due diligence to apply (and hence for it to qualify the content of human rights duties), on the one hand, with the conditions of jurisdiction itself (and hence for those qualified human rights duties to arise in the first place), on the other.[17]
Of course, as I explained earlier, due diligence and jurisdiction both rely on some form of “control”. However, due diligence requires “control” over the cause of harm and a control that need not be effective, whereas jurisdiction requires “control” over the right-holder and one that has to be effective. The standard of due diligence, even if it may be grounded in those cases as a standard independent from the obligation it is qualifying (in this case a human rights duty), cannot ground that obligation itself, and hence cannot give rise to a human rights duty in the first place. The conditions for that duty to arise have to be met independently. The existence of a jurisdictional relationship between a duty-bearing State and a potential right-holder is one of the grounds for human rights duties to arise besides the existence of fundamental and equal interests to protect. Any other approach would turn a mere capacity to harm someone (in this case, control over the source of harm and contribution to the causation of the harm) into a duty not to harm that person and into a right of that person not to be harmed under international human rights law.
A second objection pertains to the criteria used by those various international human rights bodies in order to assess the existence of effective control over the alleged human right-holder. Those criteria have sometimes been conflated with the two conditions of due diligence itself, i.e. the reasonable foreseeability of the (risk of) harm and the reasonable capacity to intervene.[18]
A third confusion in those interpretations is the identification of “effective control” for the purpose of attribution of the conduct of a private corporate entity to a human rights duty-bearing State with “effective control” over the alleged right-holders themselves.[19] While it may be possible in certain cases to rely on the former to establish the latter, the link is not straightforward. Even more so when a State’s control over a corporate entity is legal or institutional, rather than a more “hands-on” type, as in the command of military operations. Unless a State exercises direct control over the business operations of a corporate entity, including over its subsidiary companies abroad, it is difficult to consider it to be in effective control thereof and subsequently to attribute that actor’s wrongful acts to that State on that basis.
A rejoinder may be that what is really at stake in those new cases is the third type of effective control over the right-holders entertained in the ECtHR’s recent case-law, and which I mentioned earlier, i.e. “procedural” control. The problem, however, is that the right-holders in the cases at hand are not legally or procedurally tied in any way to the duty-bearing State (whether in terms of rights or in terms of duties). The only legal relationship to that State lies on the involved TNCs’ side: they have been incorporated under its domestic law or benefit from domestic authorizations to export.