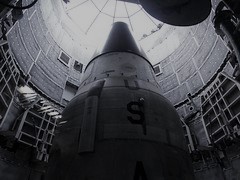 
I. Introduction
In academic and diplomatic debates about ‘autonomous weapons systems’ (AWS), a watchword has rapidly gained ground across the opinion spectrum: all weapons systems, including autonomous ones, should be under meaningful human control (MHC). The UK-based NGO Article 36[1] can be credited for putting MHC at the centre of AWS debates by publishing a series of reports and policy-papers making the case for MHC over  individual attacks as a requirement under international law.[2]
Unlike the calls for a pre-emptive ban on AWS, the ‘meaningful human control’ formula (and ones similar to this) was immediately met with interest by a number of States. MHC is in fact an easy-to-understand formula; it is characterised by constructive ambiguity, which may prove helpful to bridge the gap between various positions expressed at the international level; it enables one to sidestep intractable definitional problems regarding the distinction between autonomy and automation, by focusing on a more tractable normative problem concerning the types and levels of human control to be exerted on weapon systems in general.
Indeed, growing attention to the issue of human control has emerged from diplomatic talks that have been taking place in Geneva within the Group of Governmental Experts on lethal AWS (GGE), which was established by the State Parties to the Convention on Conventional Weapons (CCW). This is reflected in the ‘Possible Guiding Principles’ adopted by the GGE at its August 2018 meeting. Most notably Principle 2 posits that ‘Human responsibility for decisions on the use of lethal force must be retained […]’.[3] Here is, however, exactly where international consensus ends. As many commentators pointed out, it is far from settled – even among those favouring a MHC requirement – what its actual content should be or, to put it more sharply, what is normatively demanded to make human control over weapons systems actually ‘meaningful’. It is, therefore, safe to say that in the current state of the AWS debate, this requirement is little more than an empty box.
This Reflection contributes to advancing the AWS debate by filling the MHC placeholder with more precise content. In particular, the ethical and legal reasons supporting the MHC requirement will be summarised with a view to pinpointing the functions that humans must perform to ensure MHC over weapon systems. It will then be argued that in order to secure and maintain these functions, two chief problems need to be addressed and solved, namely: (i) how to guarantee a proper quality of human involvement; (ii) how to properly establish exclusive control privileges for human operators. On this basis, some key aspects of a legal instrument enshrining the MHC requirement (such as a Protocol VI to the CCW) will be tentatively identified.

II. A Précis of the Ethical and Legal Case for Meaningful Human Control
Most legal and ethical debates about autonomy in weapons systems are based on a shared understanding of the critical functions of AWS, which are spelt out as a necessary condition of AWS, expressed – although with slightly different wording – by the US Department of Defense (DoD) and the International Committee for the Red Cross (ICRC): to count as autonomous, a weapon system must be able to select and engage targets without human intervention.[4]
A MHC requirement over weapon systems would aim at curbing the latter’s autonomy over their critical target selection and engagement functions. This is the main reason why the necessary condition provides an adequate starting point for the ensuing discussion on the motives for and the content of a MHC requirement. By the same token, it is unsurprising that arguments supporting MHC largely coincide with arguments making the case for a ban on AWS. This pro-MHC/anti-AWS convergence notably emerges from the following three clusters of arguments.
Firstly, AWS would be unable to comply with the basic tenets of International Humanitarian Law (IHL) (i.e. the principles of distinction, proportionality, and precaution). The development of AWS fulfilling the distinction and proportionality requirements, which match at least the performance of a competent and conscientious human soldier, presupposes a solution to many profound research problems in artificial intelligence (AI) and advanced robotics.[5] Furthermore, it is questionable whether the elimination of human judgment and supervision is compatible with the obligation to take all feasible precautions to prevent (disproportionate) harm to the civilian population, insofar as the regular behaviour of AI and robotic systems is disrupted by unpredicted dynamic changes occurring in warfare environments. In particular, adversarial testing have shown that systems developed with advanced machine learning technologies (e.g. deep learning) are prone to unexpected, counter-intuitive and potentially catastrophic mistakes, which a human operator would easily detect and avoid.[6]
Secondly, AWS are likely to raise an accountability gap. One cannot exclude that AWS will assume targeting decisions, which if taken by human agents, would trigger individual criminal responsibility.  Who then will be held responsible for this conduct? The list of potentially responsible actors in the decision-making chain includes the operator and the military commander overseeing the AWS’ mission as well as those involved in its development, manufacturing and procurement. Individuals on this list may raise a defence against responsibility charges and criminal prosecution in terms of their limited decision-making roles, or the complexities of AWS systems and their unpredictable behaviour in the battlefield. Cases may arise where it would be impossible to ascertain the existence of the mental element, which is required under International Criminal Law (ICL) in order to ascribe criminal responsibility. In this scenario, an individual would not be held criminally liable, notwithstanding the conduct in question objectively amounts to an international crime. This outcome is hardly reconcilable with the principle of individual criminal responsibility under ICL.
Thirdly, and finally, the principle of human dignity would dictate that decisions affecting the life, physical integrity and property of individuals involved in an armed conflict should be entirely reserved to humans and cannot be entrusted to an autonomous artificial agent. Otherwise, people subject to AWS’ use of force would be put in a position where any appeal to the shared humanity of persons on the other side – and thus their inherent value as human beings – would be a priori and systematically denied.

IV.Conclusions
At the August 2018 meeting of the GGE on lethal AWS, the Austrian, Brazilian and Chilean delegations jointly submitted a proposal for a mandate to ‘negotiate a legally binding instrument to ensure meaningful human control over critical functions in lethal autonomous weapon systems’.[20] It is doubtful that this proposal will be followed up within the institutional framework of the CCW, at least in the short term, given that some major military powers, including the US, oppose such a solution. At the same time, however, the proposal of relinquishing the quest for a one-size-fits-all solution to the MHC issue in favour of a suitably differentiated approach may help sidestep current stumbling blocks.[21] Diplomatic and political discontent about a MHC requirement which appears to be overly restrictive with respect to the limited autonomy of some weapons systems might be mitigated by recognising the possibility of negotiating exceptions to L1-L2 human control if one is able to identify weapons systems and contexts of use where milder forms of human control will suffice. It therefore seems appropriate to start thinking about the content of such – for now hypothetical – treaty. In the light of the foregoing, we suggest that a ‘MHC Convention/Protocol’ should address, as a minimum, the following points: