ESIL Reflection International Law, Universality, and the Dream of Disrupting from the Centre 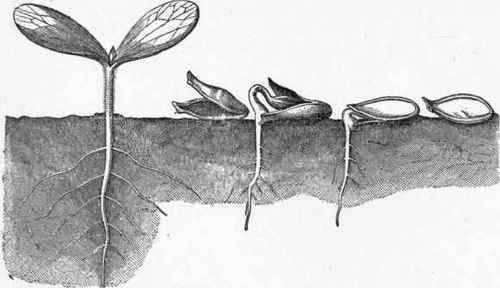 This ESIL Reflection is the transcript of the keynote introduction delivered by the author at the 14th Annual Conference of the European Society of International Law that was held in Manchester on the theme ‘International Law and Universality’, between the 13th and the 15th of September 2018. The original spoken nature of these observations is preserved.

Cite as: Jean d’Aspremont, ‘International Law, Universality, and the Dream of Disrupting from the Centre’, ESIL Reflections 7:7 (2018).

[1] See the work of Cornélius Castoriadis, L’institution imaginaire de la société (Le Seuil 1975).
[2] See of idea of “mis-cognition” (méconnaissance) famously coined by Pierre Bourdieu, ‘A Lecture on the Lecture’, in Pierre Bourdieu, In Other Words: Essays towards a Reflexive Sociology (Stanford University Press 1990) 177, 183. Bourdieu also contended: ‘[T]he magical ambition of transforming the social world without knowing the mechanisms that drive it exposes itself to the risk of replacing the ‘inert violence’ of the mechanisms that its pretentious ignorance has destroyed with another and sometimes even more inhuman violence.’ ibid, 189.
[3] See Mikhail Xifaras, ‘The Global Turn in Legal Theory’, (2016) 29 Canadian Journal of Law & Jurisprudence 215, 217.
[4] Pierre Bourdieu sees a form of violence in the formalism of law. For him, to submit to the power of form is to submit to ‘the symbolic violence’. See Pierre Bourdieu, ‘The Force of Law: Toward a Sociology of the Juridical Field’, (1987) 38 The Hastings Law Journal 805, 850. Derrida famously understands law as being mystical by reference to ‘a silence walled up in the violent structure of the founding acts’. See J. Derrida, ‘Force of Law – The “Mystical Foundation of Authority”’, in Gil Anidjar (ed), Acts of Religion – Jacques Derrida (Routledge 2002) 230, 242. On the imposition of gendered roles, see Simone de Beauvoir, Le deuxième sexe, vol. II : L’expérience vécue (Gallimard 1949).
[5] On the idea of universality and translatability (‘traduisabilité’), see Jean-François Lyotard, La Condition Postmoderne (Editions de Minuit 1979), 13.
[6] Jean-François Lyothard, Le Différend (Editions de Minuit 1983).
[7] I borrowed this from J. Derrida, ‘Declarations of independence’ (1986) 7 New Political Science 7, 7.
[8] For Jean-Paul Sartre, this is one of the main roles of the intellectual. See Jean-Paul Sartre, Plaidoyer Pour les Intellectuels (Gallimard 1972), 49.
[9] On the ambiguities of revolution, see R. Barthes, Le degré zéro de l’écriture (Editions du Seuil 1972), 67.
[10] This is a statement that Derrida posthumously attributed to Jean-François Lyothar (‘il n’y aura pas de deuil’). See J Derrida, ‘Lyothar and Us’, (2000) 6 Parallax 28.
[11] See the remarks of Jean-Paul Sartre (n 8), 37. Cf Ernesto Laclau, Emancipation(s) (Verso 2006), 27.
[12] Michel Foucault, ‘Second Lecture at the Collège de France, 14 January 1976’, in Mauro Bertani and Alessandro Fontana (eds), Michel Foucault, “Society Must Be Defended”, Lectures at the Collège de France, 1975-1976 (translation by David Macey, Picador 1997), 29.