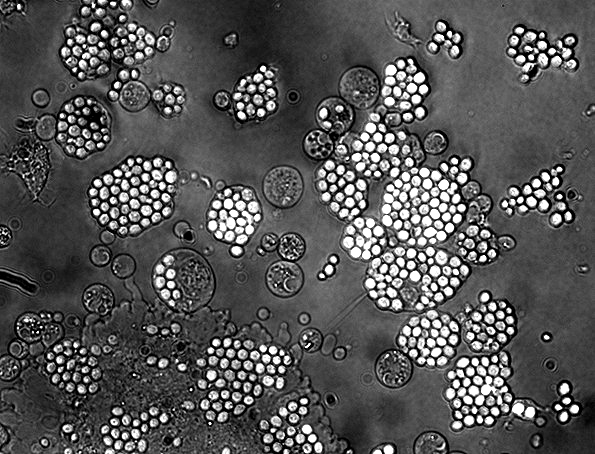 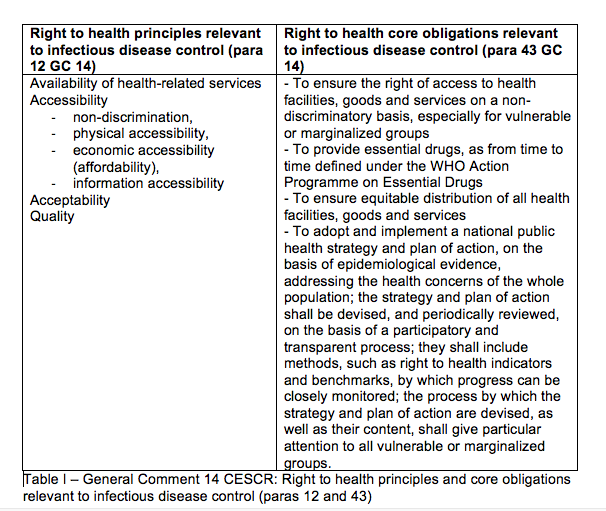 In essence, all the principles and obligations set out in Table I are related to the duty of States to build resilient health systems.
Core capacities – alongside the core content of the right to health outlined above, there are the core capacities under the IHR, which are aimed at preparing States to respond adequately to a public health emergency. IHR’s core capacities are identified under Articles 5, 13, Annex I, and in a considerable amount of subsequent technical documentation. Importantly, Article 13 requires States parties to develop within five years ‘the capacity to respond promptly and effectively to public health risks and public health emergencies of international concern’. The parallels with the core obligations under the right to health are striking: as set out in Table I, the right to health framework requires States to ‘adopt a national public health strategy and plan of action, on the basis of epidemiological evidence (…)’.
A closer look at the definition of core capacities under the IHR helps to understand the nature of this undertaking, and gives more substance to the not so detailed wording under the right to health. The IHR core capacities should enable States Parties to meet the key objectives of the IHR as set out in Article 2: ‘to prevent, protect against, control and provide a public health response to the international spread of disease (…).’ Gostin and Katz explain that core capacities are required at national, regional and local levels to detect unexpected mortality, report essential information, confirm and assess the status of reported events, notify the WHO, and respond effectively to contain and mitigate the event.[13] The IHR monitoring process involves assessment of the development and implementation of eight core capacities at points of entry and for IHR-related hazards (See Table II).[14] 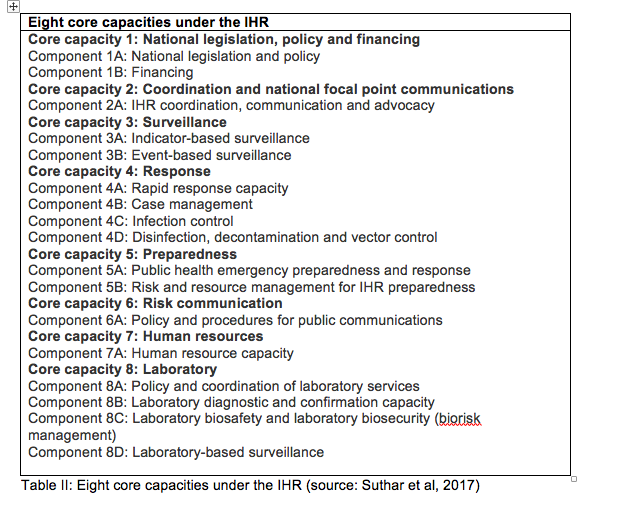