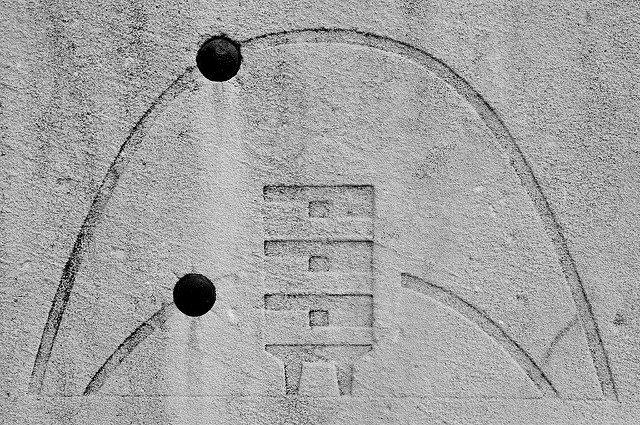 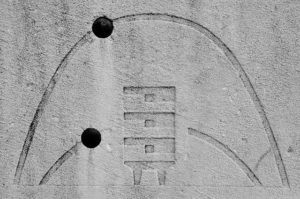 Introduction
The International Law Commission (the ILC or the Commission), which was established in 1948, celebrated its 70th anniversary this year. The timing of the ceremony offers us an opportunity to take stock of the balance that has been constructed between the object and subject in international law-making: codification and progressive development, on the one hand, and States (at the United Nations General Assembly) and other actors (including the Commission), on the other hand. A threefold claim is made here. Firstly, I point out how the Commission has in a piecemeal fashion shifted the balance from traditionally privileged notions (concerning codification and the State) to unprivileged notions (concerning progressive development and non-State actors). Secondly, I argue that while acting on behalf of the State and the people (demos) constituting it, the Commission de-privileges the people in this dichotomy, the so-called autoimmunity of democracy. Thirdly, in order to overcome such paradoxical self-destruction, which conditionally excludes the unprivileged, this Reflection endeavours to re-think the notion of autoimmunity and to introduce the ethics of unconditional hospitality in the ILC’s activities for l’avenir ‘à venir’.
The need to re-consider the role of the ILC in creating a balance in international law-making has in practice been acknowledged in the long-awaited dialogue between the Commission and its principal organ, the UN General Assembly, in New York and Geneva. The title of the 70th anniversary ceremony is ‘Drawing a Balance for the Future’ or ‘Dresser le bilan pour l’avenir’. Typical questions that emerged in these discussions include: ‘In what ways have the Sixth Committee [of the UN General Assembly] and the Commission interacted, formally and informally, to advance the progressive development of international law and its codification?’[1] This Reflection does not intend to nihilistically discourage the great efforts and fruitful discussions of the General Assembly and the Commission. It also refrains from rigidly sticking to the ceremony’s title as to do so would superficially suggest a routine assessment (balance sheet or bilan) of the Commission’s work over the past decade with a view to its future work. The aim of this Reflection is to uncover the hidden agenda, which falls under the guise of balance, and to criticise the political purpose in order to re-evaluate the ILC’s role in international law-making.[2]

II. Autoimmunity of Democracy against Managerialism
The analysis has roughly illustrated that there has been a gradual shift in the ILC’s role in international law-making from democratic codification to managerial progressive development. Given this current trend, one that undermines the traditional hierarchy between the privileged and the unprivileged, what does the 70th anniversary ceremony’s title ‘Drawing a Balance for the Future’ imply? This Reflection questions whether any attempt to draw a balance, consciously or unconsciously, would re-configure the balance.  In other words, any effort to draw a balance will re-prioritise the privileged over the unprivileged. Given that world politics and nation-States inevitably encroach upon the Commission’s work, as testified by a former commissioner,[15] the subsidiary organ is not completely separate from the principal organ, which is composed of sovereign States, and thus is always haunted by the risk of re-democratisation (as will be explored below). This risk has been recently aggravated by, as a current commissioner points out, democratic scepticism against government-appointed and inter-governmentally elected experts who have proactively engaged in the progressive development of international law.[16] Against this backdrop, the long expected dialogue in the anniversary ceremony between the UN principal democratic organ and the Commission, as its subsidiary expert organ, might convey a political message exerting pressure by the former on the latter. In essence, the slogan ‘Drawing a Balance for the Future’ is not only about ‘the future’ in the literal sense of the word; rather it evokes nostalgic pleas for the recovery of the privileged State-centric vision of international law continuing ‘from the past to the present’.
Such an interpretation might sound cynical but the latest practice of the ILC reveals that such an interpretation is not delusional. Trends of such practice emerged when the Commission decided to adopt the 2013 understanding of the Protection of the Atmosphere, which resulted in a strictly restrained interpretation of this topic.[17] According to this understanding, the Special Rapporteur was required to develop the project so that sensitive issues relevant to ‘political negotiations’ would be excluded (a). It also prevented the Special Rapporteur from ‘seek[ing] to “fill” the gaps in the treaty regimes’ (b) and ‘seek[ing] to impose on current treaty regimes legal rules or legal principles not already contained therein’ (d). The purpose of introducing such an understanding is clear: codification and the international community of States are re-privileged, while progressive development and actors other than the State are de-privileged. The literature outside, and even among members inside, harshly criticized the Commission for such an unprecedented leash that tightly constrained the scope of the project to a narrow residual range.[18]
This self-attacking phenomenon under the pressure of privileged notions, albeit embryotic as identified in Protection of the Atmosphere, can be explained by employing the biopolitical term autoimmunity. In a biological sense, autoimmunity denotes that a living being can spontaneously destroy, in an autonomous fashion, the very thing within it that is supposed to protect it against the other; put differently, to immunize from within against the aggressive intrusion of the other.[19] From the philosophical perspective of de-construction, Jacques Derrida re-formulates this ‘illogical logic’ of autoimmunity as constitutive, a political process of preserving life by self-violation, excluding the other as a constitutive element of itself: ‘[democracy] has wanted, on the one hand, to welcome only men, and on the condition that they be citizens, brothers, and compeers, excluding all the others […], and, on the other hand, at the same time or by turns, it has wanted to open itself up, to offer hospitality, to all those excluded. In both cases […] this hospitality remains limited and conditional’.[20] The conditional aspect of autoimmunity is comparable to the conditional aspect of hospitality, or put differently, tolerance, which ‘is a supplementary mark of sovereignty, which says of the other from its elevated position’.[21] In terms of autoimmunity, the Commission attached several conditions to the 2013 understanding of the project on the Protection of the Atmosphere, making this organ hospitable to the unprivileged others to the extent that they are tolerable to the demos.

Concluding Remarks
Sir Robert Jennings expressed the following axiom about realising utopia in Antonio Cassese’s Five Masters of International Law: ‘Given two contradictory ideas [between proposals and what is really law] you may then find that neither represents the truth, but that something that involves both of them and is part of both of them is at any rate a nearer approximation to the truth’.[42] The dialectic approach seeking the golden mean between lex lata and lex ferenda would function in most cases, but in certain circumstances the balance may be manipulated by privileging one of the notions embedded therein. This Reflection revealed that there exists a so-called autoimmunity symptom by which the Commission itself re-prioritises the privileged over the unprivileged in the name of democracy. To erase such a supplementary mark of sovereignty which is conditionally hospitable to the other, the Reflection explored the possibility of thinking differently in order to introduce the ethics of unconditional hospitality in the ILC’s activities for l’avenir ‘à venir’. The unconditional idea, albeit impossible in reality, provides normative guidance to conditional practice, and in turn, the practice gives a factual basis to normative directions. This conditional and unconditional hospitality is, unlike Hegelian dialecticism, one of ‘paradox, aporia […] at once heterogeneous and indissociable’,[43] but it is the very paradox, the aporetic nature, that provides the impetus for philosophy, and the motivation and stimulus for ethical action.[44]