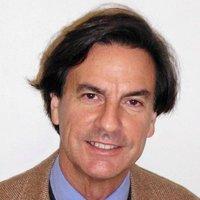 The ESIL Lecture Series hosts broadcasts of presentations on international law topics held at partner institutions, enabling the presentation to reach a wider audience of ESIL members and non-members alike.

Attila M. Tanzi will give a lecture on The Prevention And Settlement Of Hydroelectric Industry Related Disputes Under International Law: A Multi-Layered Approach on 5 April 2018 at the Dickson Poon School of Law, King’s College London

The lecture will first explain the peculiar features of hydropower industry that render its projects and their realisation susceptible to produce disputes. The illustration will follow of the relevance of four bodies of international law to avoidance, or settlement, of hydroelectric industry related disputes. Namely, i) international water law; ii) private international law; iii) human rights law; iv) international investment law. The state and non-state nature will be emphasised of the subjects of the legal relations stemming from the relevant rules in question. Having special regard to the rules pertaining to transboundary water law, the substantial interest in compliance with them also by actors who are not formally their addressees, such as foreign investors, or indigenous populations, will be highlighted. The illustration of the regulatory settings in question will be combined with reference to the adjudicative, and non-adjudicative, means of dispute prevention and settlement available under each of the four relevant bodies of law in question. Few overarching features and trends will be drawn from the case law, such as the complementarity between procedural and substantive rules, as well as the interplay between negotiation, adjudication and agreement.

Attila Tanzi, Ph.D., is Chair of International Law at the University of Bologna. he is a Member of the PCA, a Member of the PCA specialised list of arbitrators for environmental disputes, a Conciliator at the OSCE Court of Conciliation and Arbitration, Chairman of the Implementation Committee of the UNECE 1992 Water Convention. Counsel or arbitrator in various inter-state and investment arbitrations, he is instructed by governments and international organisations on international law issues. He has held numerous academic positions, including visiting professor at Queen Mary University, London, and has published extensively in English, Spanish, French and Italian on State responsibility, foreign investment law, environmental law, law of the sea, law of international organisations and jurisdictional immunities.