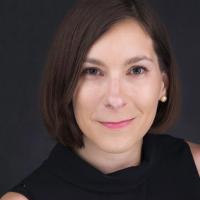 The ESIL Lecture Series hosts broadcasts of presentations on international law topics held at partner institutions, enabling the presentation to reach a wider audience of ESIL members and non-members alike.

When individuals are mistreated by European governments, the European Court of Human Rights is responsible for reviewing state actions under the European Convention of Human Rights. If the individuals are successful in proving a violation, the ECtHR may award them damages for the treatment suffered. Whilst domestic courts of the 47 Council of Europe (COE) Member States, over which the Court has jurisdiction, usually award damages on the basis of scales that are public, this is not the case with the ECtHR. The Court sets out no rules or guidelines as to when individuals are likely to get compensation; it also does not explain which elements of their treatment applicants should emphasise nor how much they should ask for. There is no information about maximum or minimum amounts awarded to individuals for specific violations nor about how claims in one case might compare to those in other cases. Often, individuals turning to the Court ask for millions of euros in damages, but only receive a few thousand. Many scholars insist that in the human rights context damages can play a crucial role in ensuring individual justice. The process of according compensation focuses the proceedings before the court on the individual, the victim of the violation and allows him/her the vindication of their rights. But the current practice of the Court appears arbitrary and opaque. In response to demands from practice (lawyers who represent victims of rights violations and national judges who enforce judgments of the Court), this project seeks to fill the gap created by the ECtHR practice for the first time. Through an empirical quantitative and qualitative study of the last ten years of caselaw relating to just satisfaction, the project will discern the legal principles from the practice of the Court and critically assess the Court’s role in awarding compensation for human rights violations.

Dr Veronika Fikfak is a Fellow and Lecturer at the University of Cambridge. Her research interests are in the fields of public law, human rights and international law. She is particularly interested in the interface between domestic and international law. Her first monograph on the UK Parliament’s role in decisions on the use of force (Parliament’s Secret War) has just been released with Hart Bloomsbury. Her second on the relationship between International law before domestic courts is forthcoming. She is currently working an ESRC Future Research Leader project relating to Damages before the European Court of Human Rights.