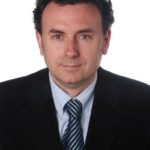 Biography:
Professor Luis M. Hinojosa-Martínez, the former President of the European Society of International Law, holds a Chair of International and European Law in the University of Granada. He was former Director of the Department of Public International Law and International Relations (2009-2017) and the European Centre of that University (1999-2009). After working as an attorney in Brussels (Van Bael and Bellis law firm), he joined Granada University teaching staff. Professor Hinojosa has been Visiting Scholar in the Stetson School of Law, Florida and in Berkeley University, California. He obtained his law degrees at Granada University, Ph.D., 1996; LL.M., London School of Economics and Political Science, London University, 1990; Licence spécial en droit européen, Institut d’Etudes européennes, Université Libre de Bruxelles, 1989. His main areas of teaching and research include international economic law, European Union law, and international terrorism. He has published extensively on the regulation of the European Single Market, above all on the free movement of capital and the integration of European financial markets. He has dealt with the application of European law by national judges, European and international tax law, EU competencies and EU external economic relations. Within the context of international law, he has analysed the legal instruments to fight terrorism, and its implications for human rights, as well as published on the concepts of sovereignty and globalization, transparency of international financial institutions and the economic analysis of law. He has written/edited books on the European Banking Union (2015), international economic law (2010), international legal instruments against the financing of terrorism (2008), the competencies of the European Union (2006), fair trade and social rights (2002) and the international and European regulation of capital movements (1997). He is a member of the Editorial Board of the Revista de Derecho Comunitario Europeo and the Revista Española de Derecho Internacional, and of the Executive Board of AEDEUR (Spanish Association for the Study of European Law), a member of SIEL (Society of International Economic Law), and of AEPDIRI (Spanish Association for International Law), and former member of its Executive Board.
This website uses cookies to improve your experience. We'll assume you're ok with this, but you can opt-out if you wish. Cookie settingsACCEPT
Privacy & Cookies Policy