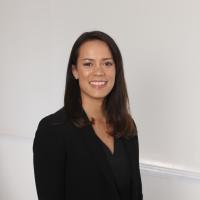 Biography:
Dr Philippa Webb is Professor of Public International Law at the Dickson Poon School of Law, King’s College London. She joined the Law School in 2012 after a decade in international legal practice. She has held visiting professor positions at Leiden University, Université Paris X Nanterre, ESADE Law School and Pepperdine University’s London programme.
Dr Webb holds a doctorate (JSD) and an LLM from Yale Law School. She obtained the University Medal in her LLB and the University Medal and First Class Honours in her BA (Asian Studies), both of which were awarded by the University of New South Wales in Australia.
Dr Webb has extensive experience in international courts and tribunals. She served as the Special Assistant and Legal Officer to Judge Rosalyn Higgins during her Presidency of the International Court of Justice (2006-2009) and, prior to that, as the Judicial Clerk to Judges Higgins and Owada (2004-2005). She was the Associate Legal Adviser to Prosecutor Luis Moreno-Ocampo at the International Criminal Court (2005-2006).
She is on the International Advisory Panel for the American Law Institute’s project Restatement Fourth, Foreign Relations Law of the United States. Dr Webb has worked at the UN Secretariat in New York and in the Sydney and Tokyo offices of an international law firm. In addition to her academic role, she is a barrister at Twenty Essex Chambers and acts as counsel in inter-State disputes before the International Court of Justice and other international courts and tribunals as well as in English courts on issues of public international law.