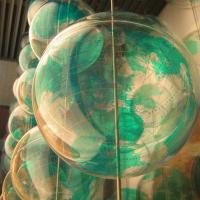 Theorists and practitioners alike have wrestled with the difficulty of developing – or even imagining – a legitimate system of transnational governing.  For all their failings, states remain the primary locus of political legitimacy, and despite a world of complex interdependence, no international organization or system of transnational ordering has acquired anything like the kind of authority and social legitimacy that nation states enjoy, not even a polity as closely integrated as the European Union.  Scepticism about international organizations and international law appears to have grown sharply in recent years, as evidenced by the return of strongly nationalist sentiment in many democratic elections, and the withdrawal of various states from a range of international agreements and organizations.  At the same time, political and legal actors have long struggled to enhance the effectiveness of global governance, and to develop systems and practices which could adequately address the many transnational problems faced today.  Critiques of various forms of global governance range from claims of ineffectiveness and non-compliance at one end of the spectrum, to charges of illegitimacy as well as external intrusiveness at the other end.

One attempt at developing a normatively attractive conception or model of transnational governance which could help to address the twin challenges of illegitimacy and ineffectiveness, while emphasizing the role of ongoing local engagement with open-ended international standards, is to be found in the work of Charles Sabel and others on experimentalism.  Sabel together with co-authors including Joshua Cohen, Michael Dorf, Robert Keohane, William Simon and Jonathan Zeitlin, has drawn on the ideas of John Dewey about experimentation and learning from experience to develop a theory of  democratic experimentalism,[1] and of experimentalist governance.[2] Theories of experimentalist governance have been applied to a range of multilevel settings including within the firm, within federal systems, within regional systems such as the EU and beyond, and at the international and global level. [3]

The emphasis of the original idea of experimentalist governance was that under modern conditions of complex uncertainty, a form of governing that establishes provisional rules or frameworks that are elaborated over time through the practice of those affected by and in a position to help implement them, and routinely monitored and revised through a form of peer review, could be both an effective as well as a legitimate one.  The idea was developed and applied by Sabel and others to particular contexts such as the US federal system in relation to child protection, food safety regulation, and prison reform, to EU environmental and financial regulation, to arenas of global governance such as ozone regulation and marine conservation.

Hence rather than advocating the creation and application of rules from above which are precise and specific, and which direct their application and implementation with as much certainty as possible, the emphasis of experimentalist governance is on the creation of framework rules or standards which leave considerable discretion to those who are implementing and applying them to adapt the rules to local settings, and to provide feedback on the operation and success or otherwise of the application in those settings.   This feedback provides the basis for ongoing review of the rules or standards themselves as well as their implementation, and allows for revision and adaptation in the light of lessons learned.  Amongst the premises of experimentalist governance theory is that iterative stakeholder participation of this kind is likely to create better outcomes, and that there is likely to be learning from difference and from the successes and failures of collectively agreed rules in different settings and contexts.

One reason why conceptions of experimentalism are attractive when thinking about the dilemmas of global governance is that they suggest a way in which common standards might be developed across jurisdictions and territories which share broad goals or commitments and establish collective rules to reflect these, despite their very different local contexts, priorities and needs.  The premise is that governing need not necessarily be top-down, intrusive or hegemonic if the standards collectively set are broad and provisional, and subject to local adaptation and contextualization through genuine stakeholder participation; that global standards need not be ineffective if they are responsive to local needs and interests, and are regularly monitored and revised in light of lessons learned; and that governance need not be elitist or technocratic where processes are sufficiently open, participatory and recursive to enable challenge, contestation and change.

Earlier scholarship has articulated five core requirements of a transnational experimentalist governance system.[4] The first is the identification of a generally shared perception of a common problem, broadly accepted across diverse participating states. The second is the articulation of a framework understanding or a set of open-ended goals or principles intended to address the problem. The third is the implementation of these broadly articulated goals by contextually situated or ‘lower level’ actors, entailing the active participation of those affected – including the key stakeholders who have knowledge of local conditions and discretion to adapt the framework norms to these different contexts. The fourth is the continuous provision of feedback from local contexts and by relevant stakeholders, allowing for monitoring across a range of contexts, with outcomes subject to non-hierarchical or peer review by nominated actors or state representatives. The fifth is periodic and routine re-evaluation (and, where appropriate, revision) of the original goals and the existing practices by those who established them, in light of the results of the ongoing review.

While this model undoubtedly raises many questions about, for example, how participation should be organized, who the relevant stakeholders are in any given context, how exactly the peer review should take place and who should conduct it, whether issues of power and capture are addressed, and what conception of accountability or responsibility is entailed, this brief synopsis does not attempt to address this range of normative questions, but simply aims to introduce and sketch out the idea of experimentalist governance and its potential applicability to the domain of global governance.[5]

Let me return to and elaborate somewhat on the descriptive claim that the international human rights treaty system can be understood as a transnational experimentalist governance system. The human rights treaty system provides for the establishment of broad human rights standards which are subject to implementation in diverse regional, national and local settings by governmental and nongovernmental actors.  Feedback on the experience of national and local implementation is provided through the institution of periodic reporting to treaty-bodies through which states, civil society groups and other stakeholders provide information to internationally elected committees of human rights “experts”, which undertake an influential but non-binding form of review, providing recommendations and observations to states and other affected parties. These committees, which receive reports from all states which are parties to the human rights treaty in question, often institute follow-up procedures to determine what action is taken over time in response to the review process.  They draw on the output of other international mechanisms and reviews, and also provide input into other political and peer review processes such as the Universal Periodic Review which monitor state compliance with human rights commitments.

A close study of three international human rights treaties – thus far covering the CRC, the CEDAW, and the CRPD – indicates that the five core features of experimentalist governance are present.  These treaty systems, entailing the implementation of human rights principles reflecting goals to which the states parties have committed themselves, are mobilized and energised not just by state actors but by an array of civil society actors including affected individuals, NGOs and human rights bodies which have a stake in the promotion and realization of those rights.  While only the more recently adopted CRPD provides a formal role for persons with disabilities and their representative organizations in the monitoring, implementation and reporting process, active civil society participation in the other two human rights treaty regimes has evolved in practice over time.

But even if we can understand and view the operation of these international human rights treaties as a form of experimentalist global governance, a further difficult question is whether they are at all effective.  Does this iterative, participatory system of domestic implementation, monitoring and review of human rights commitments make a real difference in practice to the lives of those affected?  Does it improve the lives of those whose rights are supposed to be protected under the treaties?   Critics argue that international human rights treaties are ineffective.  They lack hard enforcement and there is no international court to adjudicate on international human rights violations and to provide real remedies.  However, a growing body of empirical literature, both quantitative and qualitative, suggests that under certain conditions, including the existence of an active domestic civil society, the ratification of international human rights treaties appears to make a positive difference.  The literature suggests that in circumstances in which there is some degree of political liberalization, the presence of an active civil society, and regular engagement by these and by governmental actors in the treaty monitoring processes, the decision to ratify and operationalize human rights treaties correlates with improved life conditions and human rights standards in the ratifying states.   More specifically, such studies point to the conclusion that the ongoing and iterative engagement of civil society actors and governments with the treaty monitoring bodies is a fairly constant factor in those states in which a positive correlation between the adoption of the treaties and improvements in human rights practices have been identified.  This in turn supports the argument that the effectiveness of these human rights treaty systems is linked to their experimentalist functioning.

None of this is grounds to be over-optimistic about the effectiveness of international human rights treaty systems, nor to suggest that experimentalist governance is a magic bullet which can solve all the dilemmas of global governing.  But it suggests that a transnational process by which common norms are developed, implemented and adapted by locally situated stakeholders who provide regular feedback through a process of periodic review can help to advance human welfare in certain respects.  And in a divided and often turbulent world, that is not a trivial achievement.

* This Reflection summarizes the main themes of a forthcoming article in the American Journal of International Law.

[5]  Some of these issues are addressed in the literature.  See e.g. C. F. Sabel and W. Simon “Epilogue: Responsibility without Sovereignty”  in G. de Búrca and J. Scott, Law and New Governance in the EU and the US (Hart, 2006) , p 395 on the concept of accountability in experimentalist governance,  Kenneth Armstrong “ Inclusive Governance? Civil Society and the Open Method of Coordination” in S. Smismans, Civil Society and Legitimate European Governance (Elgar, 2006) on the basis for participation in new and experimental forms of governance.  For a critique of the relationship between experimentalist theory and liberal democratic institutions, see W. Scheuermann, “Democratic Experimentalism or Capitalist Synchronisation?” (2004) XVII Canadian Journal of Law and Jurisprudence 101.