ESIL Reflection The Ethics and Empirics of Double Hatting 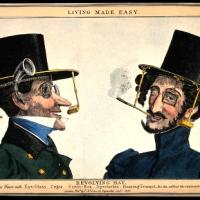 The difference between these categories sheds an important light on the nature of double hatting. The number of arbitrator-only double hatting cases (319 in total) is three times that of legal counsel-only cases (118). This is largely attributable to the fact that the pool of double hatting legal counsel is much more diverse and fragmented than the pool of double hatting arbitrators. Double hatting is a practice that is dominated by a small group of arbitrators with numerous arbitral appointments but a comparatively smaller amount of simultaneous legal counsel work. If we examine the top 25 most frequent double hatters according the index we created in our JIEL article, we find that these individuals account for 412 arbitral appointments but only act as legal counsel in 224 cases.
The next question concerns the identity of this group. Which arbitrators are engaged in this practice? Is it a constant practice or a phenomenon that only arises in a career transition between roles? And is it a random selection of individuals or are there specific features which characterize this group?
In operationalizing these questions, we have developed a double hatting index. The method was previously reported in our JIEL article.[13] If an individual is involved with a minimum of two international investment arbitration cases in a minimum of two different roles, then a yearly score of (2) is assigned to that individual for a given year.[14] The score is rather conservative and does not attempt to describe the intensity of double hatting within a calendar year. Hence the maximum score an individual can receive for a year is (2).
Figure 1 lists the top 10 according to those criteria.[15] This index is revealing about the nature of double hatting. First, it shows that the practice is dominated by many of the arguably most powerful and influential arbitrators in the system – that we have also previously identified with social network analysis.[16] Second, there are many powerful arbitrators who do not feature at all on this list or even among the top 100 on our double hatting index. This includes a number that have spoken out against the practice, such as Philippe Sands, W. Michael Reisman, Sir Franklin Berman, and Judge Thomas Buergenthal. This suggests a degree of agency and choice in whether to double hat or not. Third, if we examine the top 25 double hatters according to our index, we do find a group of prominent legal counsel that appear to be merely transitioning from the legal counsel role to the arbitral role – but they are only in a minority.
Figure 1. The Double Hatting Index (Top 10)

Finally, it is important to ask if the degree of double hatting has changed over time? Indeed, anecdotes to the effect that it has decreased are not uncommon in the international investment arbitration community – but no evidence has been offered. Figure 2 shows the proportion of cases affected each year by double hatting. The purple blocks show the proportion of arbitrator-focused double hatting cases. Interestingly, double hatting is a relatively late phenomenon that primarily begins in the early 2000s – the origins of which should be investigated further. For present purposes, it is notable that it continues to account for a high proportion of cases from 2003 to 2016, and some of the highest proportions are in the period 2011 to 2015. The share of double hatting cases is lower in 2016 but it is not yet clear whether this represents a new trend – a similar one-off reduction occurred in 2006.
Figure 2. Double Hatting over Time