ESIL Reflection Drone Strikes, Terrorism and the Zombie On the Construction of an Administrative Law of Transnational Executions 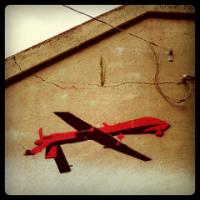