ESIL Reflection Between Pragmatism and Predictability Temporariness in International Law 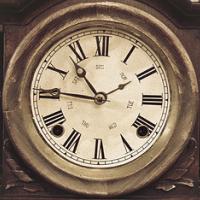 Between Pragmatism and Predictability:
Temporariness in International Law