Why Reports about the Death of R2P May be Premature 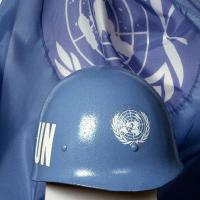 Why Reports about the ‘Death of R2P’ May be Premature: Links between the Responsibility to Protect and Human Rights Fact-Finding

Introduction
Much of the rhetoric concerning the Responsibility to Protect (R2P) has focused on ‘grand themes’ of international law, such as sovereignty and the use of force. R2P can be easily perceived as a ‘threat’ if it is associated with coercive action ‘from the outside’. Too often, R2P has been associated with an extension of the option for military intervention. Situations such as Libya or Syria have highlighted tensions in the interplay between R2P, collective security and international criminal justice. It it is frequently disregarded that R2P is a ‘multi-faceted’[1] concept that involves a broad range of actions, including prevention and non-coercive responses. As rightly observed by Anne Orford, limited attention has been paid to ‘prosaic and everyday practices involved in the softer forms of international executive action […] Yet it is in those routine practices – of surveillance, prevention, policing, and administration – that the significance of the [R2P] concept will be determined.’[2]
One of the areas in which R2P has become increasingly relevant in a ‘softer’, and potentially less coercive way,[3] is in human rights fact-finding.[4] In particular, the crime-based trigger of R2P (‘genocide, war crimes, crimes against humanity and ethnic cleansing’) provides a nexus between R2P and the action of fact-finding bodies. Over the past two decades, the UN has established more than twenty international commissions of inquiry with mandates to investigate serious violations of human rights, international humanitarian law violations or international crimes.[5] Some of them have made use of reference to R2P in the exercise of their mandates.
In this post, we argue that fact-finding practice provides a counter-narrative to reports about the alleged ‘death of R2P’.[6] We (i) examine the relationship between fact-finding and R2P, (ii) the use of the concept by international commissions of inquiry as a species of human rights fact-finder and (iii) their interplay with different R2P strategies. We conclude that fact-finding constitutes one field where R2P is internalized through practice and where some normative propositions of the concept may strengthen fact-finding practice and guide principled follow-up action.
1. The relationship between fact-finding and R2P
R2P and fact–finding initiatives share synergies. R2P has an ‘alert’ function and entails an appeal to take action, directed at authors of gross human rights violations and the international community. It includes a ‘duty to react’, but offers a broad spectrum of responses to address violations.In his 2009 Report on ‘Implementing the Responsibility to Protect’[7], the Secretary-General categorized R2P in three pillars. Pillar one refers to the responsibility of each state to prevent ‘atrocity crimes’. Pillar two refers to the responsibility of the international community to encourage and assist states to meet their responsibility. Pillar three encompasses collective responses by the international community where the state has manifestly failed to protect its population. This formulation rested on the recognition in the World Summit Outcome Document.[8]