The Activist Academic in IL Scholarship 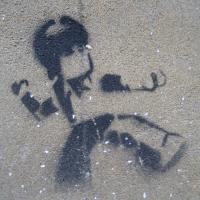 * D.Phil (Wadham College, Oxford), LL.M (Leiden), BCL, LL.B (McGill). Lecturer in Law, University of Durham. This paper is a shortened version of a conference presentation delivered at the 5th Research Forum of the European Society of International Law, held in Amsterdam on 23rd-25th May 2013. I am grateful for feedback and discussion given in Amsterdam.
[1] For an interesting critique of specifically Hartian legal positivism, see J. Beckett, ‘The Hartian Tradition in International Law’, (2008) 1 The Journal of Jurisprudence 51.
[2] O Fiss, ‘The Varieties of Positivism’ (1981) 90 Yale Law Journal 1007, 1009.
[3] The most obvious, and also most ambitious, attempts so to engage with law from an overt political position come from the New Haven School, whose canonical text remains M.S. McDougal, H.D. Laswell, and J.C. Miller, The Interpretation of Agreements and World Public Order: Principles of Content and Procedure (YUP, 1967).
[4] A O’Donoghue, ‘Agents of Change: Academics and the Spirit of Debate at International Conferences’ (2012) 1(3) Cambridge Journal of International and Comparative Law 275, 279.
[5] RL Bard, ‘Advocacy Masquerading as Scholarship; or, Why Legal Scholars Cannot be Trusted’ 55 Brooklyn Law Review (1989) 853–862.
[6] H Kelsen, Das Problem der Souveränität und die Theorie des Völkerrechts. Beitrag zu einer reinen Rechtslehre (Tübingen: Mohr 1920), iv.
[7] J Kammerhofer, ‘Orthodox generalists and political activists in international legal scholarship’ in M Happold (ed), International Law in a Multipolar World (Routledge, Abingdon, 2010) 13.
[8] H. Kelsen, Pure Theory of Law (2nd ed. Vienna: Deuticke 1960), at 239.
[9] A. Peters, ‘Realizing Utopia as a Scholarly Endeavour’, (2013) 24 European Journal of International Law 533, 542.
[10] Peters calls it a productive tension, 552.
[11] C. Tomuschat, ‘Obligations Arising for States Without or Against Their Will’ (1993) 241 Recueil des Cours 195, 303. Indirectly, he concedes that the common interest of States is also that of all of mankind.
[12] See eg D. Kennedy, ‘A Rotation in Contemporary Legal Scholarship’, (2011) 12 German Law Journal 338; A. Rasulov, ‘International Law and the Poststructuralist Challenge’, (2006) 19 Leiden Journal of International Law 799.
[13] Peters, 551-2, although from a slightly different angle, makes much the same point.