The Arms Trade Treaty A Call for an Awakening 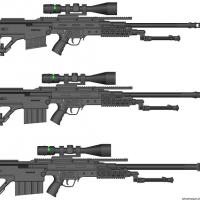 The Arms Trade Treaty: A Call for an Awakening

* Director of the Geneva Academy of International Humanitarian Law and Human Rights; Professor of International Law, Graduate Institute of International and Development Studies. The author participated in the two Diplomatic Conferences on the Arms Trade Treaty as the Representative of the International Commission of Jurists. This reflection piece contains the author’s personal views.
[1] See for further background the Academy Briefing No.2 on the Draft Arms Trade Treaty, and the forthcoming Briefing on the final treaty. Available at http://www.geneva-academy.ch/academy-publications/academy-briefings.
[2] Statement to the UN General Assembly 2 April 2013.
[3]Article 7(1).
[4] See ‘What are “serious violations of international humanitarian law”? Explanatory Note’, available at http://www.icrc.org/eng/assets/files/2012/att-what-are-serious-violations-of-ihl-icrc.pdf.