The Diverging Rationalities of Public Finance and International Law 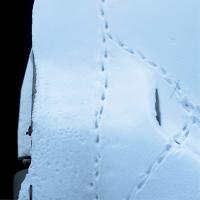 The Diverging Rationalities of Public Finance and International Law: A Plea for a Deliberative Approach

In this Reflection, I would like to argue that these scenarios provide a reason for a reconsideration of the role of international law in the regulation of public finance: One should not overestimate the capacity of international legal rules to substantially regulate conflicts relating to public finance. They cannot determine the dividing line between economic and other public interests in every detail, in particular in matters as complex and difficult to predict as public finance. Nor can they resolve long-standing conflicts between diverging economic theories. Instead, the main function of legal rules in both scenarios might be procedural: International law has a deliberative potential. It is able to structure decision-making processes, thereby increasing both the legitimacy and the rationality of the ensuing decisions. In the following I explicate this argument with respect to the two mentioned scenarios and analyze to what extent the deliberative potential of international legal rules relating to public finance has already been tapped.

Conflicts between rules pursuing diverging policy interests might arise between Structural Adjustment Programs, i.e. the macroeconomic reforms required by the IMF or other international creditors, and economic, social and cultural human rights (ESC rights). I consider this as a conflict between diverging legal obligations, even though Structural Adjustment Programs are usually set out in non-binding letters of intent and therefore do not form part of “hard” international law. However, they can be enforced by progress reports backed up by the threat to withdraw access to further resources. The legal framework of the IMF, including the Guidelines on Conditionality, provides for few substantive constraints for Structural Adjustment Programs. Effectively, their content is driven by specific considerations of economic policy. For a long time, this meant the convictions forming the Washington Consensus.

Certainly, it would be meaningless to insist that states maintain their level of ESC rights fulfilment even during sovereign debt crises if this was likely to result in a protracted sovereign default, leading to an even lower level of ESC rights fulfilment. But instead of placing ESC rights fully at the disposition of states implementing Structural Adjustment Programs, the Committee on Economic, Social and Cultural Rights has opted for a largely procedural approach. Besides emphasizing that states always need to guarantee a minimum level of ESC rights, it decided that “any deliberately retrogressive measures […] would require the most careful consideration and would need to be fully justified by reference to the totality of the rights provided for in the Covenant and in the context of the full use of the maximum available resources” (General Comment No. 3, para. 9). As Markus Krajewski recently argued at the World Trade Forum, this means that states adopting Structural Adjustment Programs need to take alternative measures into consideration, to weigh and balance the affected rights, and to give reasons for their ultimate decision. If followed in practice, such deliberations might prevent Structural Adjustment Programs from distributing the burden of austerity unevenly among various social groups.

Certainly, such a deliberative approach seems particularly appropriate in the context of ESC rights, as their substantive content is not fixed. But this strategy could also be used in other situations where the law provides no substantive standard for the solution of conflicts between diverging rules. For example, it might help to address potential conflicts between the “soft” obligation to achieve the Millennium Development Goals and hard or soft obligations of states to consolidate their public finances.[2] That would give some bite to international instruments which some might consider nothing but cheap talk.

Second Scenario: References in the Law to Economic Concepts or Assessments

In other cases, the applicable law explicitly refers to economic concepts, or requires an economic assessment of facts. Such references might play a role in the settlement of international disputes and in the application of international rules relating to policy-making.

As regards dispute settlement, the most prominent example is probably the defense of necessity, which has received a lot of attention as a contractual or customary defense in domestic and international disputes against obligations arising from sovereign debt contracts. According to Art. 25 of the Articles on State Responsibility, a state of necessity presupposes a “grave and imminent peril” for an “essential interest” of the state concerned, and it may not be invoked if the state has contributed to the situation. This may require an evaluation of the financial situation and prospects of the responding state, as well as of the causal chain leading to the alleged state of necessity. Both assessments involve a lot of economic theory, like theories about market reactions to government action. Since such theories are highly contested, the burden of proof became the linchpin in a number of disputes. Although this avenue appears reasonable from the perspective of those who need to decide a pending case, it has the consequence that it hardly ever emerges with sufficient clarity whether and to what extent a debt crisis constitutes a state of necessity.

A more deliberative solution would be to argue that a state of necessity is established as soon as a state can make a prima facie case for the existence of a debt crisis while offering to conduct fair, inclusive and sincere negotiations with creditors on a debt workout. This would not only relieve dispute settlement from theorizing about economic and financial developments, but also give both creditors and debtors the chance to negotiate a mutually beneficial solution. Such an international insolvency law through the back door might not even overstretch the limits of the concept of necessity, given its ambiguity and the theoretical complexities involved. Similar to this proposal, the recent UNCTAD Principles on Promoting Responsible Sovereign Lending and Borrowing call upon both creditors and debtors to enter into prompt, efficient and fair negotiations in case of a financial necessity.

There is also room for deliberative approaches to legal rules setting out principles for macroeconomic policy-making. Examples include domestic or international provisions on budgetary discipline like Art. 3 of the Treaty on Stability, Coordination and Governance in the Economic and Monetary Union, or Arts. 123 and 127 of the Treaty on the Functioning of the European Union, which stipulate the goal of price stability and the prohibition of monetary financing, respectively. Each of the mentioned provisions refers to a host of economic concepts which might give rise to endless contestations. How to define a cyclically-adjusted budgetary balance, the goal of price stability, or secondary market purchases of sovereign debt aiming at monetary financing?[3] In practice, such rules have the tendency to make lawyers pass the buck to economists. If lawyers wish to come to definitive conclusions when applying these rules, they need to subscribe to a certain school of economic thought. This might not only overstretch their competence, but also threaten the normativity of the law: Even the latest economic theories represent only the latest stage of error, and as things evolve, they might have to be modified or even radically put in question. Also, it seems difficult to legally oblige policy-makers to act in accordance with a certain economic theory even if they have important reasons to act otherwise. Most probably, they will simply discard such a legal rule. Therefore, it might be more forward-looking to understand the principal purpose of such rules in the deliberative processes to which they might give rise: They establish a high threshold for governments or central banks wishing to act otherwise. First, they need to explore whether alternatives are available and should give preference to them. If they decide otherwise, they need to be able to give pertinent reasons for their decision, and corroborate them with matching facts, if appropriate. This needs to be publicly justified and explained as part of a transparent decision-making process. In this way, legal provisions could constrain and discipline the decision-making process, even without being able to fully determine the outcome.

At first sight, the deliberative approach seems to reduce the substantive content of domestic and international legal rules on public finance and their ability to guide the behavior of their addressees or resolve disputes. But at second sight, one might have to concede that the capacity of those provisions to constrain behavior, or to contribute to the settlement of disputes, has been rather marginal. As paradoxically as it sounds, a more deliberative approach might give more teeth to international legal provisions on public finance in three different respects: First, it would give law an effective role in disputes about economic policy. Law has the capacity to structure deliberations and set out the range of admissible arguments. In my understanding, this is what Martti Koskenniemi calls the “culture of formalism” established by legal discourse – although his scepticism about the capacity of international law to constrain behavior is much more fundamental and further-reaching than the doubts I raised here with respect to rules at the crossroads of public finance and the law. Second, research in behavioral economics stresses the value of deliberative modes of decision-making. As Daniel Kahneman suggests in his recent book, establishing certain deliberative routines in organizations such as a culture of mutual critique among decision-makers might help preventing some of the biases and heuristic fallacies of the human mind which limit the rationality of decision-making in practice.[4] This should be particularly relevant for the application of legal rules which endorse economic theories that might have become questionable. Third, according to deliberative theories of democracy, this approach would improve the legitimacy of the ensuing decisions by providing a platform for debate about diverging policies, economic theories, and, if necessary, world views. This might increase the acceptance of the actual decisions by their addressees.

Certainly, the deliberative approach will not always come along well. It might end up in endless debates and contestations unless decision-makers are willing to compromise. Its success further depends on the availability of an appropriate institutional framework. In emergencies, one might have to get by with a slim version of deliberative reasoning. Despite these drawbacks, the few examples discussed above suggest that a substantive approach might not work better while foregoing the advantages of deliberation. There seems much to be gained and little to be lost from a more deliberative understanding.

[1] Other affected economic and social rights include some of the guarantees contained in the European Social Charter, in the Convention on the Rights of the Child, as well as ILO Conventions on Labour Standards.

[2] While EU member states are obliged by “hard” EU law to curb their budget deficits, the recent UNCTAD Principles on Promoting Responsible Sovereign Lending and Borrowing stipulate a “soft” obligation for states to keep their debt at a sustainable level.

[3] According to Regulation 3630/93 EC, such measures fall under the prohibition of monetary financing. See also the recent judgment of the German Federal Constitutional Court on the European Stability Mechanism of 12 September 2012, Case 2 BvR 1390/12 et al., margin note 278.