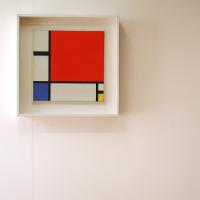 As the theory of public international law has recently begun to re-emphasise the desire for positivity and determinacy, the time seems ripe to reflect upon the dynamics and motivations behind this resurgent demand. Despite their apparently uncontroversial desirability, there are in fact dangers to the pursuit of those ideal theories in which law is purportedly shielded from the vicissitudes of politics and personal preference.

Legal theory has long (perhaps always) been both conflictual and cyclical. This conflict has its roots in the belief that law should be both determinate and just. Positivist theories emphasise the need for determinacy; naturalist theories that for justice. Over the course of the last 120 years, the classic oscillation between positivist and natural law theories has been augmented by a third, critical, strand which emphasises the indeterminacy of law. This addition seems inevitable, as the indeterminacy of natural law was a key motor of the original positivist critique; whilst the indeterminacy of positivist law forms a central tenet of neo-naturalism. Nonetheless, both classical schools reject the indeterminacy critique, and each claims to have the resources to refute it. Positivism turns to the objectivity of language or fact; naturalism to the objectivity of morals.

Writing in the lull between the heyday of the first great formalist period in Anglo-American jurisprudence and the first modern rise of neo-formalism, Felix Cohen wondered: “How much of contemporary legal thought moves in the pure ether of Von Jhering’s heaven of legal concepts?” Contemporaneously, Alf Ross noted a tendency to perceive legal rights as “a power of an incorporeal nature … a power manifested in, but nonetheless different from, the exercise of force” in “judgment and execution”. This attenuation of the link between law and force lies at the core of the neo-positivist turn in contemporary public international law (PIL). Law precedes enforcement, and can be perceived as apart from – or even in opposition to – what actually occurs. This secures the ethereal purity of legal norms.

Classically, positivist legal theorists have tended to be dismissive of PIL, precisely because of its apparent lack of institutional centralisation; its failure to procure a monopoly over the legitimate means of violence. However, this dismissal is predicated on an assumption that positivistic theories can plausibly describe domestic legal systems. This assumption has come under fire, intermittently, since at least the late 1890s; and that has fuelled the cyclical rise and fall in the dominance of positivist, realist, naturalist, and critical theories. However, what seems striking about the latest versions of neo-positivism are: firstly, the tendency of international legal theorists to turn municipal positivism’s critique back on itself; and secondly, the purported modesty of the new neo-positivist claims.

This scaling-back of ambition was already apparent in municipal legal positivism (at least of the Anglo-American variety) in the works of Joseph Raz and John Gardner, with the latter admitting that it is the very modesty of the positivist project which causes others to dismiss or misunderstand its concerns. Following Kelsen, Kammerhofer reduces positivism to a search for applicable legal norms, and simply accepts the “uncertainty” or indeterminacy of their content. D’Aspremont similarly restricts what he calls “formalism” to the task of uncovering the sources and norms of PIL. Payandeh’s modesty is more ambitious still, as his neo-Hartian thesis is built around the concession that positivism cannot even provide a “rule of recognition” sufficient to isolate and identify the form or content of the rules of PIL.

Quite what then ‘remains’ of the international legal project seems uncertain, although the remnants of  objectivity are certainly preserved. Legal theory progresses in cycles, and neo-positivism is a response not only to natural law, but to critical theories of law; perhaps in this regard best summarised by Koskenniemi’s designation of PIL as “eclectic pragmatism”, the presentation of personal preferences under the veneer of legal form. According to the common credo of positivism and natural law, law ascertainment must never be subjugated to personal or political preference.

Perhaps then, as seemingly new threats arise, old enemies are reconciled. After all, positivism and natural law were always in a state of detente and debate; only crits and realists were excluded from the conversation. Thus, neo-positivism is best understood as part of a general neo-formalist resurgence. After all, even Koskenniemi has claimed that we should all embrace a “culture of formalism” (although, of course, his understanding of formalism is radically distinct from that of the current wave of neo-formalists).

There are differences of course, with the modesty of neo-positivism mirrored by the hubris of Dworkinian neo-formalism as encapsulated municipally by Raban and Dyzenhaus, and internationally by Cali and Voyiakis: not only legal norms, but their objectively best interpretations and applications can be objectively discerned. Nonetheless, all neo-formalists share a mechanical ideal of legal analysis, an objective law insulated from the vicissitudes of both Realpolitik and personal idiosyncrasy.

This gives rise to a fantasy image of law, which is juxtaposed to an unredeemed reality of political machination. The fantasy comes in five parts. First, legal provisions are objectively identifiable; second: so are legal interpretations; third: law is just, or at least necessary, as it protects the meek against the rapacious; fourth: there is a best application of objective law (which is either most objective or best fulfils law’s purpose); fifth: when this best application is discovered and enunciated, it should exert a normative pull on state behaviour. Internecine debate in neo-formalism focuses on the disputed points two and four; this disguises or de-emphasises the agreements on one, three, and five.

I suspect that this fantasy – which does, after all, reflect the image of law developed in most non-theoretical scholarship, and almost all teaching, in PIL – is particularly alluring to those (like me) who have never really left academia. However, it also retains a certain charm for those of a more activist persuasion – those who see in law a shortcut to the realisation of their political ideals. Non-institutionalised law exists in the eye of the beholder, and all the more powerfully so if they are convinced they view an objective reality of “norm as norm”. “The agent himself … self-conscious about the meaning of the words that he uses, [is] assured that he is appealing to independent impersonal criteria”.[1]

This fantasised ideal constitutes law as a powerful source of critique, and lawyers as potentially important political actors; each constrained only by the mala fides of states and politics. Thus, “our legal texts constitute each of us as privileged individual selves. And the thing is: it is extremely difficult to give up this exceedingly flattering self-image. It is a very addictive self-image”.[2] Paradoxically it is the very attenuation of the link between PIL and enforcement, which underwrites belief in the stability, strength, and purity of the international legal project. The absence of adjudicative fora preserves the ideal of a coherent, determinate, and just law – no one need confront the probability that their interpretation would not, in fact, be upheld. This enables neo-formalists to believe that if the(ir fantasy of) law were upheld, their political agenda would be realised. Only political subversion of the legal process precludes justice.

Politics, as Nathaniel Berman noted, provides law with its most perfect alibi; this is amplified by the purifying effects of PIL’s disconnect from enforcement. But this very severance from power, whilst guaranteeing the innocence of neo-formalist law and lawyers, also constitutes the triviality of their critique, and disguises its descent into idiosyncrasy. The purported innocence of an objective knowledge beyond, and unable to affect, power constitutes only an exalted marginalisation. To provide law with any capacity positively to affect the world, legal theorists must learn to embrace law’s inherently political and malleable nature, and to stop running from these in to the fantastical realm of the ideal. Thus, we must ask whether it is reality which must be adapted to fit the most satisfying theory, or whether it is the theoretical model in patent conflict with reality which must be questioned and abandoned?