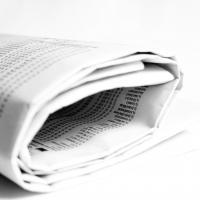 The tectonic plates underpinning the international economic system are moving. The rearrangement of the world’s poles of economic power generates periodic seismic movements and threatens to unleash a destructive earthquake. This situation has already provoked a reduction in the growth forecast by the main international economic organizations (see: OECD Interim Economic Outlook, March 2019).

The negotiations on the reform of the World Trade Organization are attracting a great deal of attention. This organization has been driven to an unsustainable situation by the lack of progress in the Doha round and the disruptive attitude of some of the major trading powers (in particular the USA, with its deliberate blocking of the renewal of the Appellate Body members). However, the comprehensive reform of the international financial system, a promised land that the G20 pledged after the 2008 financial crisis, has been progressively abandoned. This lack of reform passes unnoticed, in spite of the fact that financial markets undoubtedly have a strong impact on the distribution of wealth and opportunities, on the bargaining power of labour vis-à-vis capital, and therefore on the configuration of our social models. Unfortunately, the political thrust that propelled such reform in 2008-2009 has weakened today and many of the hopes that were raised have been frustrated to a great extent.

International rules are drafted in standard-setting bodies that work with a lack of transparency and weak accountability tools and whose members come from a limited number of countries. While large international financial organizations (such as the IMF or the World Bank) have substantially increased their transparency and their interaction with civil society organizations in recent years, the standard-setting bodies coordinated by the Financial Stability Board (such as the Basle Committee on Banking Supervision or the International Organization of Securities Commissions) continue to perform their regulatory tasks far from parliamentary debates or the scrutiny of the mass media. The narcissist isolation of financial market regulators has been enhanced by the revolving doors between standard-setting bodies and financial firms, because inside experience in the financial markets is deemed necessary to perform this normative task well. It is true that these standards usually take the form of non-compulsory codes of conduct, but they receive the political support of the G20 and the most important financial institutions. In practice, they are regularly implemented with minor adaptations by national legislators and thus become the hard law regulating financial markets.

Therefore the need for reform of the international financial system is as urgent as the reform of the trading system. If leading institutions such as the IMF or the World Bank (read their main ‘shareholders’) resist the necessary transformation to better incorporate the demands of their quasi-universal membership, other institutions with a different model, such as the Asian Infrastructure Investment Bank, will grow in influence and market share, and it is doubtful whether this will be to the benefit of transparency, accountability, and the promotion of human rights.

At the European level, it would be unfair to deny the important progress that has been made to disentangle public debt and private debt (so that citizens do not have to bear the full cost of financial firms’ bad performance) with the creation of the European Stability Mechanism, the (still unfinished) Banking Union, and the improvement of capital requirements for credit institutions and other financial firms. However, the deadlock of other initiatives such as the financial transactions tax or the systematic twisting of the Bank Recovery and Resolution Directive to allow the public rescue of failing banks (with taxpayers’ money) show that the political will to build a real ‘social market economy’ (Article 3 EU Treaty) is fading away.

At this point, I would like to give you some news about a forthcoming ESIL event. Between 3 and 5 April, the 2019 ESIL Research Forum will take place at the University of Göttingen and will explore the topic of ‘The rule of law in international and domestic contexts: synergies and challenges’. As well as the very interesting programme on this timely subject, I would like to highlight that, for the first time, seven ESIL Interest Groups are organizing workshops at a Research Forum. I congratulate the organizing team in Göttingen for all the work they have done to prepare for such an outstanding Research Forum!

I am looking forward to meeting you at a future ESIL event,

2. Guest Editorial: A Voice of the European Court of Human Rights in Our ‘Panoptical’ Reality 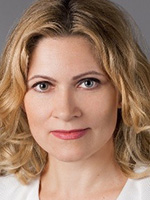 ‘Mass surveillance per se does not violate the Convention on the Protection of Human Rights and Fundamental Freedoms’. This citation is not taken from the Weber and Saravia v. Germany judgment issued by the European Court of Human Rights (ECtHR) a decade ago, just at the dawn of the development of technical capacities for the interception, storage and processing of ‘big data’. Instead, it is a crosscutting theme of two judgments of this court’s Chambers rendered in 2018: Big Brother Watch and Others v. UK and Centrum för Rättvisa v. Sweden. These judgments have been recently referred to the Grand Chamber, thus giving hope that the approach taken in respect of the launch of mass interception of communications and metadata may be revisited. The approach of the Chambers deserves critique from many perspectives.

It neglects a previous progressive development of the ECtHR’s case law towards the application of a ‘strict necessity’ requirement in respect of governmental attempts to collect communications data, because the Chambers, i.a. refused to apply a ‘reasonable’ or, at least, an ‘individual’ suspicion standard. The Chambers also declared post-factum notification of persons targeted by surveillance to be unnecessary, and they relaxed previous requirements concerning the use of judicial (or other independent) authorization mechanisms.

Articulating its stance on the permissibility of collection of data, the ECtHR Chambers expressly referred to the ‘margin of appreciation’, that in reality camouflages not a lack, but rather a consensus of ‘Big Brothers’; during the last decade many European states legalized their desire to collect as much information about individuals as is technically possible.

In Big Brother Watch the Chamber argued, that ‘while anyone could potentially have their communications intercepted <…>, it is clear that the intelligence services are neither intercepting everyone’s communications, nor exercising an unfettered discretion to intercept whatever communications they wish’ (§ 337). This reference to self-restraint and the reliance on trust contradicts, to the core, the sense of the human rights concept.

In general, privacy oriented arguments in both judgments seem to be caught by a proportionality test, which has a predetermined conclusion in favor of the protection of security as a ‘legitimate aim’. At the same time, this test exploits unproven links, as there is just a presumption that more information may pave the way for a better prediction of crimes. The current stage of computer science still does not allow the composition of adequate algorithms that are able to deal with a problem of thousands of false ‘positives’ and ‘negatives’.

Are the conclusions reached so far what we really want to hear from the ECtHR when our society is rapidly moving towards a ‘ubiquitous panopticon’? Even if states exclude their own citizens from the scope of the mass surveillance programs, these limits can be easily circumvented by means of international co-operation. This fact, taken together with an ‘epistemic force’ of the ECtHR position which transcends the borders of Council of Europe states, makes the voice of this court so crucial. It is obvious that it may be difficult for the Court to go against a consensus of ‘Big Brothers’, especially taking into account the skepticism of European states to implement judgments of international judicial bodies related to the restriction of governmental powers to use bulk interception of data. But can a comprehensively profiled individual still maintain his or her personal autonomy, which is a keystone of the Convention? Thus, the opinion of the Grand Chamber on the Big Brother Watch and Centrum för Rättvisa cases may very well be fateful.

The Programme Committee has selected 24 speakers, who will receive comments on their paper presentations from members of the ESIL Board and invited experts during the Forum. Further information is provided on the Institute’s website.

On 3 April 2019, seven ESIL Interest Groups will host side events on the occasion of the Research Forum. For more information, including calls for papers, please visit the ESIL website.

Preparations for the ESIL Annual Conference in Athens are well underway. Speakers and chairs have been invited, and the programme is taking shape. The agora selection committees have now selected the papers for the agorae and submitters will be informed of the outcome by the end of March. All 16 ESIL Interest Groups have booked rooms for pre-conference workshops on the Thursday morning. Further details on the conference website, where you can also find the registration platform and information about accommodation options in Athens.

We hope to see many ESIL members, old and new, at this year’s conference. Register now to be sure of a place.

ESIL Reflections are short papers (3000-4000 words) that argue one particular point that may trigger further debate in the scientific community. Extensive referencing is to be avoided. References are only necessary in case of direct citations or when new or less well-known works are mentioned.

The Board members who are the current SSRN Series editors are Pierre d’Argent, Photini Pazartzis and Christina Binder. 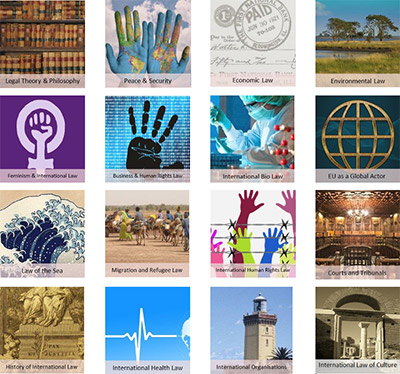 ESIL Interest Groups are a vital part of the Society’s success and activities. A list of the groups is available on the ESIL website. Reports of recent activities and upcoming events are available in the full text of the Newsletter.

The Interest Group is organising a side-event on ‘Sovereignty and the Extraterritorial Obligations of States under International Human Rights Law’ during the ESIL Annual Conference in Athens. The Call for Papers is available here.

Interest Group on Peace and Security:

The Interest Group on Peace and Security will hold a workshop on the ‘Rule of Law in Cyberspace’ during the 2019 ESIL Research Forum. The workshop will feature presentations covering issues such as data and extraterritoriality, multinational corporations and the rule of law; Chinese approaches to corporate liability and privacy, artificial intelligence and personhood, ‘hack back’ and necessity. The aim of the workshop is not only to identify challenges to the rule of law but also offer better understandings of how law and technology interact and propose novel regulatory strategies 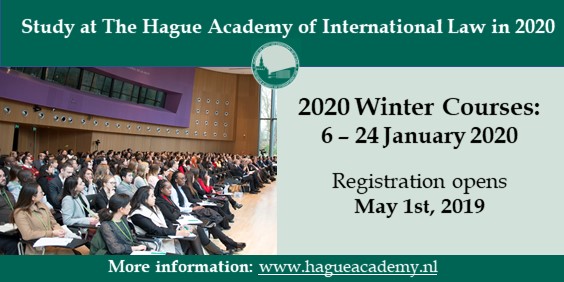 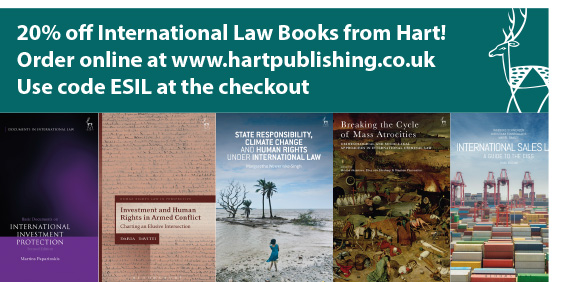 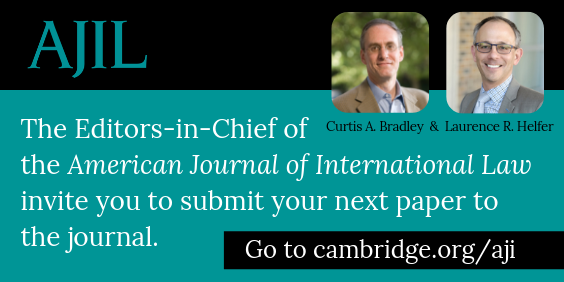 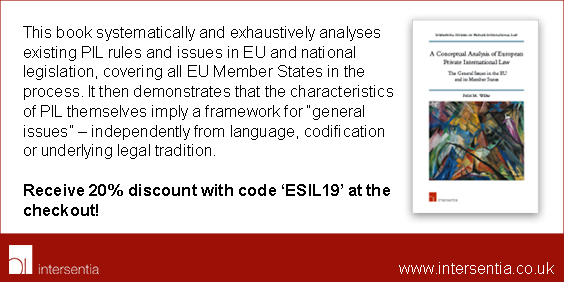 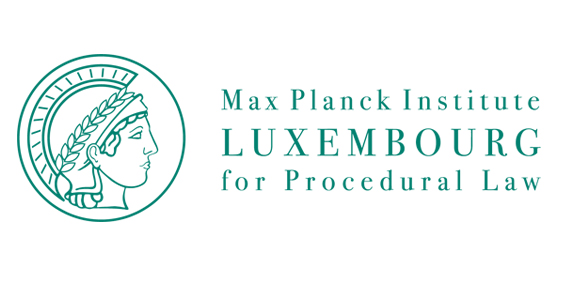 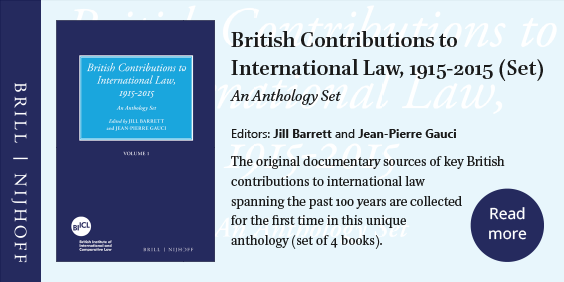