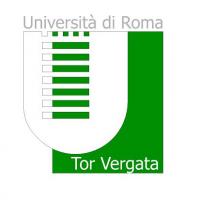 The workshop on “Hegemony in the International Order” will be held on 11-12  June 2018 at the University of Rome Tor Vergata.

The workshop – organised by Maks Del Mar and Claudio Corradetti – is co-sponsored by the Transnational Theory Network (TLPT-Network), the Italian Society of Political Philosophy (SIFP) and the European Society of International Law (ESIL).

Recent developments of international politics show drawbacks of an epochal shift, raising demands of democratic governance, individual interests representation. Lack of political participation at the transnational level, the North-South and the East-West divides, migratory flows altogether signal a disconnection and a persistent friction between economic, legal and political sectors. What takes the appearance of a wide share of goods and benefits brought about by globalization turns into unequal forms of redistributory patterns, unmasking the reality of power-control and dominance of single actors, either in the form of a super-state or a multinational corporation.

Hegemonic entities seems therefore to have taken advantage of those spaces of economic and legal freedom that progressive liberalism has opened up and used them to the advantage of limited beneficiaries, exploiting the opportunities created therewith.

In light of the above challenges, the workshop wants to investigate the contemporary significance of hegemony in the international realm. More specifically its aim is to assess whether and to what extent neo-Gramscian, neo-hegemonic or, alternatively, post-hegemonic forms of power help understanding law and politics in regional and global contexts.

Since hegemony requires support and complicity also by subordinated groups, how does this concept differ from the notion of imperialism and that of unilateralism? What forms of ideological solidarities as well as material and military alliances are necessary for hegemonic effectiveness?

In what ways, eventually, it is possible to trace a counter-history to the mantra of a global constitutional progression and peace?

The workshop is organized along three sessions.