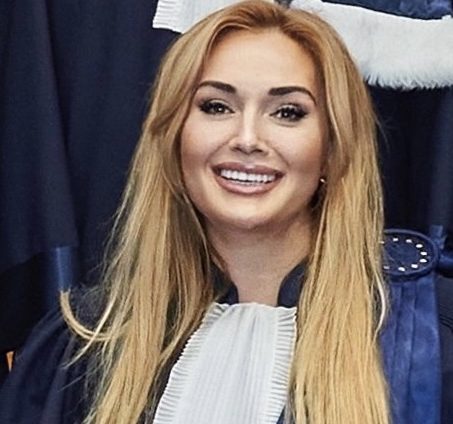 Dr Ganna Yudkivska graduated from the Law Faculties of the Taras Shevchenko Kyiv National University (Ukraine) and Université Strasbourg III (France). She has her PhD diploma from the Academy of Advocacy of Ukraine. In 1995-2001 she led in Ukraine and Moldova the legacy project on genocide studies (now – Shoah Institute of the University of South California), and also served as human rights and national minorities expert for the Congress of National Minorities of Ukraine. Between 2001 and 2005 she worked as a lawyer and expert for different international and national human rights organizations. In 2003 she was admitted to the Bar. In 2005-2009 she was a lawyer at the Registry of the European Court of Human Rights, in 2009-2010 – advisor to the Commissioner for Human Rights of the Council of Europe. In 2010 Ganna Yudkivska was elected a Judge of the European Court of Human Rights; in 2015–2016 she was Vice-President of Section V of the Court, in 2017 – 2019 she was President of Section IV of the Court. Judge Yudkivska is also an Associate Professor of European and International law at the Academy of Advocacy of Ukraine. She lectured and researched at universities of USA, France, Germany, UK, the Netherlands, Israel, Armenia and Ukraine. She authored a number of scientific articles on human rights, international law and criminal procedure; she is also a member of the advisory boards of several legal magazines. Judge Yudkivska is a Board Member of the European Society of International Law as of 2018.