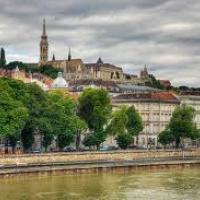 2nd ESIL RESEARCH FORUM
‘THE POWER OF INTERNATIONAL LAW IN TIMES OF EUROPEAN INTEGRATION’
Budapest, 28-29 September 2007
“The Power of International Law in Times of European Integration” was the second research forum organised by ESIL, the first having been held in Geneva in 2005. Research forums are high level scholarly conferences aimed at promoting the exchange of views on specific, contemporary issues. By cutting across the usual dividing lines between senior professors and younger researchers, including those working on their PhD, between theorists and practitioners, between East and West, these forums offer a flexibility and innovation often not found at traditional-style meetings of international lawyers. The ESIL forum format made up of both plenary meetings with invited speakers, and agorae involving speakers chosen from submitted proposals, guarantees a vivid interaction. As this was the first event to be organised by the ESIL in Central Europe, the Society thought it appropriate to concentrate on the region which belonged to another political system during the Cold War period. The research forum intended to focus on two dominant questions: Is international law relevant in the resolution of Central- and Eastern Europe’s present regional or bilateral conflicts? Are states of the region ready to look past their immediate neighbourhood towards participating in the resolution of conflicts beyond Europe, including global threats?
Many of the papers presented during the forum are now available on this website, and you can find them in the section ‘ESIL Web Publications’.
Further information available:
REPORT on the Second ESIL Biennial Research Forum, Budapest, 28-29 September, 2007
PROGRAMME of the Second ESIL Biennial Research Forum, Budapest, 28-29 September, 2007
PHOTOS of the forum